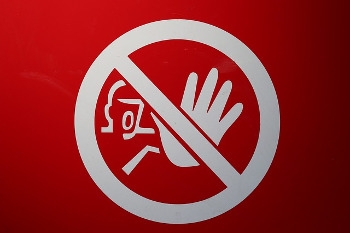 India's Department of Telecommunications has barred Chinese telecommunications providers Huawei Technologies and ZTE Corporation from participating in trials for developing 5G use cases in the country, the Economic Times has reported.

The newspaper quoted telecommunications secretary Aruna Sundararajan as saying: "We have written to Cisco, Samsung, Ericsson and Nokia, and telecom service providers to partner with us to start 5G technology-based trials, and have got [a] positive response from them."

But a Huawei spokesperson in India appeared to indicate that the company's absence from these trials did not mean it would be excluded altogether from a role in India's 5G networks.

"We are in regular touch with DoT and concerned government officials. The Indian Government has always supported Huawei and has been appreciative of our path-breaking technologies and solutions," the spokesperson was quoted as saying.

The Indian announcement came a week or so after US Secretary of State Mike Pompeo and Defence Secretary James Mattis met Indian External Affairs Minister Sushma Swaraj and Defence Minister Nirmala Sitharaman in New Delhi for a so-called India-US 2+2 Dialogue.

During that meeting, a bilateral agreement, known as Communications, Compatibility, Security Agreement, was signed to usher in closer military and intelligence co-operation. Talks between Indian national security adviser Ajit Doval and Mattis and Pompeo were held in Washington DC last Friday.

Washington appears to have been the driving force behind the ban on Huawei and ZTE in Australia. An announcement in August by Acting Home Affairs Minister Scott Morrison and Communications Minister Mitch Fifield said that the two companies would not be allowed to play any role in the 5G network rollout.

The US Government has placed strictures on the use of equipment from both Huawei and ZTE, alleging that the two firms would help China spy on the US. Both companies have denied any involvement in such activities.

At the time of the ban by Canberra, a Huawei spokesperson told iTWire: "This is an extremely disappointing result for consumers. Huawei is a world leader in 5G and has safely and securely delivered wireless technology in Australia for close to 15 years."

Earlier this month, there was a report that claimed Japan would also take a similar route to that which Australia has, and ban the two companies on ground of security.

In response to that, Huawei said that after contacting the company's office in Japan, and finding there was no ban planned, the conclusion reached was that, "Some conservative newspaper wrote an unsubstantiated story."

South Korea has also given Huawei the cold shoulder, according to a Yonhap report. Seoul has chosen its own giant Samsung Electronics, Sweden's Ericsson and Finnish firm Nokia to develop the equipment needed for its 5G network.

Sundararajan told reporters, "we have excluded Huawei from these trials", when asked if the company had not been invited due to security reasons.

"We are going to set up [a] core group in the department to push this (trials) further, so that by early next year, we would be able to demonstrate 5G use cases in India,” she said.

“As of now, we are at par with all major economies and have set up a high-level task force, which in its report has given the recommendations for the spectrum, standards, skills and early rollouts."

The ET said Huawei had been witnessing a fall in revenue due to the extent of consolidation in the Indian telecommunications market, and was staring at a fall of about 40% in 2018.

Huawei had stopped manufacturing equipment in India as a result and was importing what it needed, the report claimed, adding that the company's revenue was likely to be between US$700 million to US$800 million (RS 4740 crore to RS 5415 crore, a crore being 10 million) this year, after a haul of US$1.2 billion in 2017.

More in this category: « Google China app would link searches to phone numbers: claim Ex-Google man says asked to write software to censor news in 2006 »
Share News tips for the iTWire Journalists? Your tip will be anonymous