0
Shares
By
In a press release issued this afternoon, the Australian Federation Against Copyright Theft (AFACT) announced it would continue its legal battle against ISP iiNet over copyright infringement, seeking leave to appeal its case to the High Court. 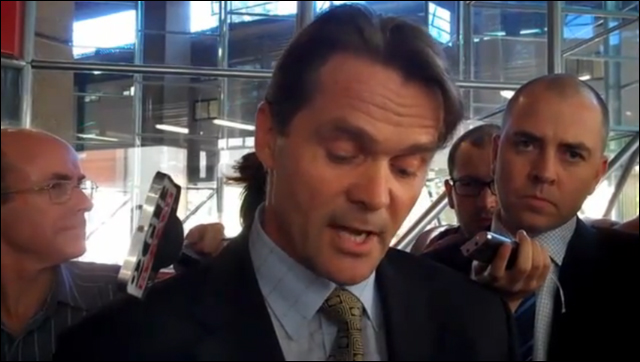 The court case has its roots back in November 2008 when thirty-four parties - including Australian and US film companies and the Seven Network - lodged a legal case against iiNet in a high-profile copyright infringment and internet content piracy case. The hearing of the case commenced in the Federal Court a year later, in October 2009.

The legal battle seemed to be concluded earlier this year in February, when two judges of the Federal Court dismissed an appeal by AFACT - which represented the film companies - and stated iiNet had not authorised the infringement of copyright laws. The two-year-long case resulted in two losses for AFACT and has cost iiNet $6.5 million in legal expenses. However, AFACT today announced it was ready to appeal to the High Court.

AFACT executive director Neil Gane (pictured) spoke on behalf of the film companies he represented and said they would try to overturn the Federal Court's ruling. 'The Full Federal Court unanimously found that iiNet had the power to prevent the infringements of its users from occurring and that there were reasonable steps it could have taken, including issuing warnings,' he said.

At the last appeal, two out of three judges of the Federal Court said iiNet did not authorise the infringements; but Gane said the judges had been mistaken. 'Two judges of the Full Court went on to find that iiNet had not authorised the infringements of its users and that is what we are appealing,' Gane said. 'We say they did not apply the legal test for authorisation correctly.'

AFACT said that when the film companies launched their legal action against the ISP in 2008, it started a five-month investigation, the results of which were being sent on a weekly basis to iiNet with notifications of infringements happening on its network. Despite this effort, AFACT claimed iiNet did not act to stop the practice. Gane added the trial judge agreed with AFACT that iiNet was aware of the infringements being carried on on its network.

'On appeal, iiNet did not challenge the findings of the trial judge that they knew the infringements were taking place, yet two of the judges of the Full Court re-opened the issue of iiNet's knowledge,' he said. 'We will argue that the Court's approach in this regard was incorrect.'

He said AFACT was confident it had enough grounds to overturn the last verdict. 'In response to the Full Court's conclusion that iiNet did not have have sufficient knowledge of the infringements to authorise them, the film companies will argue that iiNet did have sufficient knowledge, that it admitted the acts of infringement and that its CEO admitted on the stand that the evidence was 'compelling',' he said.

More in this category: « No competitive backhaul for Telecom NZ's wholesale DSL services Comms Alliance teams with IBES to research comms regulation »
Share News tips for the iTWire Journalists? Your tip will be anonymous