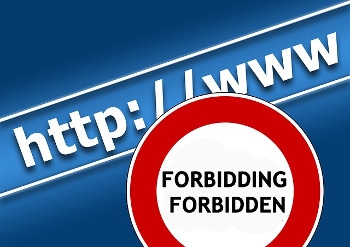 Search behemoth Google will launch a censored mobile version of its search engine for the Chinese market, with no access to sites about human rights, democracy, religion or peaceful protest, The Intercept reports.

The website said work on the project, given the codename Dragonfly, had been underway at Google’s headquarters in Mountain View, California, and its offices in New York, San Francisco, Sunnyvale, Santa Barbara, Boston, Washington DC, Shanghai, Beijing, and Tokyo.

The Intercept said its report was based on internal Google documents and "people familiar with the plans". The project was apparently kicked off after a meeting between Google chief executive Sundar Pichai and Wang Huning, a senior figure in the Chinese Communist Party, last December. Work on the search app was begun during the Western spring of 2017 and had been fast-tracked after the Pichai-Huning meeting.

The report said programmers had created a customised Android search app with different versions known as Maotai and Longfei and these had been demonstrated to Chinese government authorities.

Google's move does not come as a total surprise because American technology companies are all looking to China as it represents the lone remaining, sizeable market to conquer. According to the latest statistics, China has 772 million net users in the country out of a population of 1.4 billion.

And, as iTWire reported, smartphone users in China total 717 million or 51% of the population, compared to the 226 million or 69% in the US. Mobile Internet users number 753 million in China and 237 million in the US.

Right now, Google search is inaccessible in China because it is blocked by what is known as the Great Firewall. The new app will satisfy the censorship requirements set down by Beijing.

Not too long ago, Apple agreed to a number of restrictions imposed by China in order to boost its business in China. The company agreed to store Chinese users' iCloud data within the country's borders and also to remove a number of VPN apps from its App Store.

When asked in May whether storing Chinese users' iCloud data within the country would make it easier for the government to access it if needed, Apple chief executive Tim Cook did not give a direct answer.

The Intercept said that there was no indication as to when the search app would be launched, especially given the current hostility between the US and China over trade tariffs.

But it said the company's search supremo Ben Gomes had told staff in June that they should be prepared to move at short notice, in case “suddenly the world changes or [President Donald Trump] decides his new best friend is Xi Jinping".

Social media colossus Facebook, which has been blocked in China since 2009, was last week reported to have gained a licence to set up an " "innovation hub to support Chinese developers, innovators and start-ups".

But just a day later, there were reports that the licence had been withdrawn.

More in this category: « NZ competition regulator blows the whistle on cartels Uproar at Google after news of censored China search app breaks »
Share News tips for the iTWire Journalists? Your tip will be anonymous