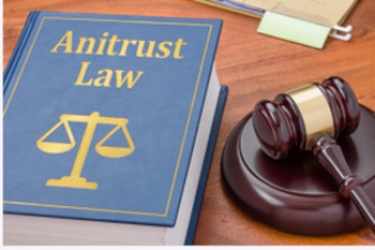 Search giant Google is on the backfoot on Thursday as it attempts to damp down details about the Federal Trade Commission deciding not to launch an anti-trust probe into the company back in 2012.

The details were contained in 312 pages of confidential memorandums which were obtained by the US site Politico and printed at length.

Google's director of Competition Legal, Rosie Lipscomb, poked scorn at Politico's exposé, dismissing it as part of a "[Washington] DC parlour game has been to second-guess the Federal Trade Commission’s 2012 decision to close its antitrust investigation into Google."

Lipscomb also attempted to deflect attention to Google's rivals, saying: "It’s also clear from the papers how actively Microsoft and other rivals were encouraging these complaints.

"The FTC put consumers' interests in higher-quality search results over the interests of a powerful commercial rival, which has since grown even further, to become the second-biggest company in the US by market capitalisation."

Politico's Leah Nylen wrote that the 2012 decision still rankled with Google's rivals, "who have watched the search giant continue to amass power over smartphones, data-hoovering devices and wide swaths of the Internet, unimpeded by laws meant to deter monopolies".

She put the failure to institute a probe down to misreading "the evidence in front of them" which she said had left a sizeable part of the digital future in Google’s hands.

A 2017 report in the Washington Post cited Google's close ties to the White House during the time of the Obama administration as the main reason why the probe did not go ahead.

An earlier report pointed out that seven former Google officials were employed in federal policy or law enforcement areas that were of commercial interest to Google.

The US filed a civil anti-trust suit against Google in October last year, with 11 states joining the action.

Nylen said the documents added to doubts whether Washington was any more capable of reining in the tech giants, "despite efforts by a new generation of anti-trust enforcers to turn up the heat on Google, Facebook, Apple and Amazon — all of which now rank among the United States’ wealthiest companies".

More in this category: « News Corporation strikes three-year Facebook deal in Australia ACCC ends investigation after Adventium pays around $6.5 million in withheld payments to tour operators »
Share News tips for the iTWire Journalists? Your tip will be anonymous