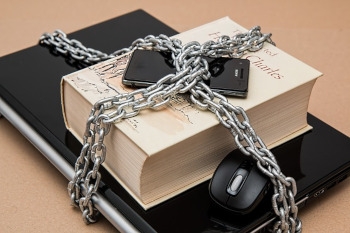 Google's reluctance to offer any public comment on its plans to launch a censored search engine in China has been reinforced by a report that the company has made employees erase from their systems a confidential memo containing details about the China plan.

The Intercept, which first broke the story about the Google plan, reported on Saturday that the memo, circulating within the company, had been authored by an engineer, and revealed that the search system, known as Dragonfly, would need users to log in to use it.

It would also track users' locations and share the data with a local partner who would have exclusive access to the data, reporters Ryan Gallagher and Lee Fang wrote.

The disclosure of the project has led to at least five Google employees, including senior research scientist Jack Poulson, leaving the company in protest.

There have also been reports that managers at the company were trying to shut down access to any material connected to the project. Another report said that engineers had used search queries from a Chinese Web directory service owned by Google to develop blacklists for the censored search engine. And a third report claimed that the China search app would link searches to phone numbers.

The memo was said to have been shared among employees who had been rallying support against the plan. The Intercept cited three sources "familiar with the incident" as saying the Google head honchos had come across the memo and were livid that details were being circulated.

The company's HR department contacted those who had accessed the memo or retained copies, and ordered them to get rid of it immediately. And, Gallagher and Fang reported, the messages sent by HR contained so-called pixel trackers that could track when the messages had been read.

The Dragonfly project is to be operated as a joint venture with a Chinese company and its staff would have the ability to update the search blacklist, the report said, adding that this raised over whether Google's US bosses would have any control over the censorship regime.

The Dragonfly project is said to have been kicked off after Google chief executive Sundar Pichai held discussions with Wang Huning, a senior figure in the Chinese Communist Party, in December 2017. Work was begun during the Western spring of 2017 and was fast-tracked after the Pichai-Huning meeting.

Programmers created a customised Android search app with different versions known as Maotai and Longfei and these were then demonstrated to Chinese government authorities.

Since The Intercept's first report, on 1 August, Google has made no public statement about the project, though it has been asked for a statement on numerous occasions.