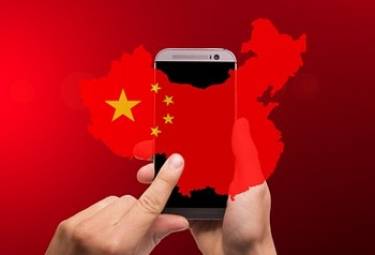 Google co-founder Sergey Brin has claimed that he had no knowledge of a plan to build a censored search engine for the Chinese market before it was leaked to media. His claim was made during an employees' meeting that ended in an anti-climax after it was discovered that someone was leaking the proceedings to a reporter who was live-tweeting it.

The search engine plan, first reported by The Intercept on 1 August, has caused some ructions within Google and Thursday's meeting was the first time the company was reported to have discussed it with employees.

Sundar speaking to Googlers now at all-hands about Dragonfly: "If we were to do our mission well, we are to think seriously about how to do more in China. That said, we are not close to launching a search product in China."

According to  The Intercept, Brin told employees that the project, known internally as Dragonfly, would have “certain trade-offs” and the process was “slow-going and complicated".

Brin's claim of ignorance appears surprising, given that he was one of those responsible for winding up an earlier bid to run a search engine service in China. Brin, who is of Russian origin, apparently was unhappy over the censorship in China which reminded him of conditions in Russia.

Google chief executive Sundar Pichai, who is said to be behind the project, tried to depict the project to employees as being "in an exploration stage for quite a while now".

But he also claimed that Google was "not close to launching a search product in China", adding that “we’ll definitely be transparent as we get closer to actually having a plan of record".

The leaks, to New York Times reporter Kate Conger, were put up on a big screen during the meeting, and one employee abused the leaker, telling him/her "F*** you". According to  Business Insider, the mood of the meeting changed to favour the two officials, as the proceedings of such meetings are never leaked.

After the employee abused the leaker, the audience applauded and he was praised on the internal communications system.

The Dragonfly project is said to have been conceived by Pichai during a meeting with Wang Huning, a senior figure in the Chinese Communist Party, last December. Work on the search app was begun during the Western spring of 2017 and had been fast-tracked after the Pichai-Huning meeting.

There have been reports that managers at Google are trying to shut down access to any material connected to the project. Another report said that engineers had used used search queries from a Chinese Web directory service owned by the company to develop blacklists for the censored search engine. And a third said protests were growing internally, with employees questioning the company's leaders over the search engine project.