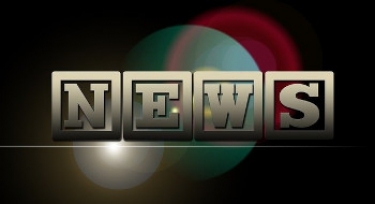 Search company Google has reiterated its objection to the proposed Australian mandatory news media code, repeating that it would put on hold any plans to implement its so-called news showcase in Australia until the matter of the code is resolved.

Google ANZ managing director Melanie Silva had made this clear to iTWire on 2 October when Sundar Pichai, chief executive of Google's parent Alphabet, announced that the total budget for the news showcase would be US$1 billion.

In her latest blog post against the code, Silva said Google had signed deals with a number of Australian publishers to be part of the news showcase, but had to postpone implementation until it was clear whether such a product would be compatible with the media code.

In April, the Federal Government told the Australian Competition and Consumer Commission to develop a mandatory code of conduct before the end of July to make digital companies pay for the use of news from local publications.

That process has not made the digital platforms Google and Facebook happy, with the former protesting on average every fortnight and the latter saying it would block Australians from posting local content on their news feeds if the code became law.

"The agreements we have signed in Australia and around the world show that not only are we willing to pay to license news content for a new product, but that we are able to strike deals with publishers without the draft code’s onerous and prescriptive bargaining framework and one-sided arbitration model," Silva said.

She said Google was not opposed to a code and a system for resolving disputes, but said the arbitration system specified was not workable.

"We believe these conditions could be amended to make it a fair and workable code: a code that can work together with commercial deals and programs like News Showcase," Silva added.

Claiming that the ACCC's proposal was not within the realm of the possible, Silva said if it went through, then Google would be forced into unequal negotiations with every news organisation in Australia that has more than $150,000 in annual revenue.

"That means we could face extreme and uncommercial claims for payment which is not financially sustainable for any company," she said. "The draft code would set a dangerous precedent in Australia, as a similar one-sided, forced-dealing regime could be imposed in other industries, impacting other companies.

"The code is extremely broad and lacks vital definitions. This makes it difficult to know how to comply with its many provisions, and it carries potentially enormous financial penalties," she said. "We could be fined up to 10% of our Australian revenue for a single breach. No business in Australia should have to manage the huge risk that comes with such severe penalties for such uncertain provisions."

More in this category: « Google wins by kicking the can down the road: Oracle official Commerce Commission releases rules to safeguard NZ fibre broadband consumers »
Share News tips for the iTWire Journalists? Your tip will be anonymous