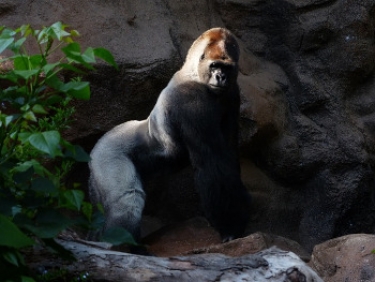 Google's dominance in the advertising technology supply chain is harming both companies and individuals, the ACCC says in a report published on Tuesday.

The Australian Competition and Consumer Commission had undertaken an inquiry into the ad tech sector beginning in March last year. It said it had identified significant competition concerns and likely harm to publishers, advertisers and consumers. A preliminary report was issued in January this year.

Google was found to have a dominant position in key parts of the ad tech supply chain and the ACCC estimated more than 90% of ad tech impressions traded via this chain passed through at least one Google service.

The ACCC commented that Google's dominance was made possible by multiple factors, "including its access to consumer and other data, access to exclusive inventory and integration across its ad tech services".

"Key acquisitions by Google, including of DoubleClick in 2007, AdMob in 2009, as well as YouTube in 2006 have helped Google entrench its position in ad tech," the watchdog added.

“Google has used its vertically integrated position to operate its ad tech services in a way that has, over time, led to a less competitive ad tech industry. This conduct has helped Google to establish and entrench its dominant position in the ad tech supply chain,” ACCC chair Rod Sims said. 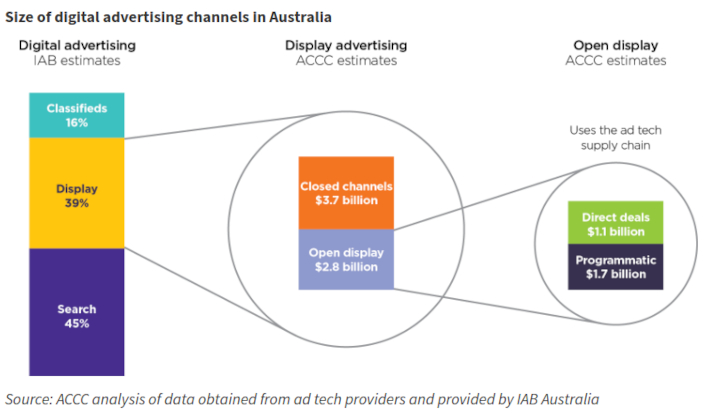 “Google’s activities across the supply chain also mean that, in a single transaction, Google can act on behalf of both the advertiser (the buyer) and the publisher (the seller) and operate the ad exchange connecting these two parties.

"As the interests of these parties do not align, this creates conflicts of interest for Google which can harm both advertisers and publishers.”

In Australia, about 27% of advertiser spend on ads sold via the ad tech supply chain was retained by ad tech providers in 2020, the report said.

“We are concerned that the lack of competition has likely led to higher ad tech fees. An inefficient ad tech industry means higher costs for both publishers and advertisers, which is likely to reduce the quality or quantity of online content and ultimately results in consumers paying more for advertised goods,” Sims said.

“The ACCC is considering specific allegations against Google under existing competition laws. However new regulatory solutions are needed to address Google’s dominance and to restore competition to the ad tech sector for the benefit of businesses and consumers.

"We recommend rules be considered to manage conflicts of interest, prevent anti-competitive self-preferencing, and ensure rival ad tech providers can compete on their merits.”

The report said Google had access to a large amount of first-party data gathered through Search, Maps and YouTube. But the extent to which the company used this data to advantage its ad tech businesses was unclear and was a source of confusion among industry stakeholders.

“We recommend that Google makes clear how it uses its data through clear public statements in its terms and conditions and other material it uses to sell its services,” Sims said.

Specific transparency issues with Google’s publisher services were also identified, and the ACCC recommended that the search firm should have to provide publishers with information about the operation and outcomes of its publisher ad server auctions.

“If Google fails to provide sufficient information, or the industry’s voluntary standards do not achieve transparency, then new requirements should be able to be put in place to address this,” Sims said.

"PwC also estimated that the existence and use of Google's advertising technology directly supports more than 15,000 full-time equivalent jobs and contributes $2.45 billion to the Australian economy annually.

"As one of the many advertising technology providers in Australia, we will continue to work collaboratively with industry and regulators to support a healthy ads ecosystem."

More in this category: « Facebook puts off Instagram Kids launch after adverse WSJ report Panel calls for giving government emergency powers during cyber attacks »
Share News tips for the iTWire Journalists? Your tip will be anonymous