Google, Microsoft take swings at each other over news law Featured 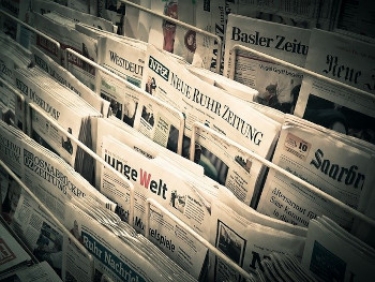 Google has taken a swing at Microsoft over its statements on the recent media stoushes, accusing the Redmond behemoth of "making self-serving claims", and being "willing to break the way the open web works in an effort to undercut a rival.

"And their claims about our business and how we work with news publishers are just plain wrong," Google senior vice-president of Global Affairs, Kent Walker, said in a blog post on Friday.

"And it’s no coincidence that Microsoft’s newfound interest in attacking us comes on the heels of the SolarWinds attack and at a moment when they’ve allowed tens of thousands of their customers — including government agencies in the US, NATO allies, banks, non-profits, telecommunications providers, public utilities, police, fire and rescue units, hospitals and, presumably, news organisations — to be actively hacked via major Microsoft vulnerabilities.

"Microsoft was warned about the vulnerabilities in their system, knew they were being exploited, and are now doing damage control while their customers scramble to pick up the pieces from what has been dubbed the Great Email Robbery. So maybe it’s not surprising to see them dusting off the old diversionary Scroogled playbook."

Microsoft president Brad Smith, in written testimony to the US House Committee on Judiciary, Subcommittee on Antitrust, Commercial, and Administrative Law, had accused Google of being largely responsible for the dramatic drop in revenue earned by newspaper companies over the last decade or so.

After detailing the way in which Google dominates the digital advertising market, Smith called for government action to fix the imbalance, saying this was needed "because the problems that beset journalism today are caused in part by a fundamental lack of competition in the search and ad tech markets that are controlled by Google".

He referred to the recent Australian legislation on a news media code, saying Microsoft's intervention had led to the search company offering deals to publishers.

"As the legislation was poised for adoption, Google threatened to pull its search service out of the country," Smith said. "But when we announced that Microsoft Bing — its primary competitor — would remain and, if it grew in Google’s absence, would comply with the legislation, Google immediately flip-flopped.

"Within 24 hours, Google was on the phone with the prime minister, saying it wouldn’t leave the country after all. And in the two weeks that followed, Google accomplished something it claimed impossible just a few days before: it negotiated agreements with the three largest news organisations in Australia, reportedly valued at more than US$100 million (A$128.9 million)."