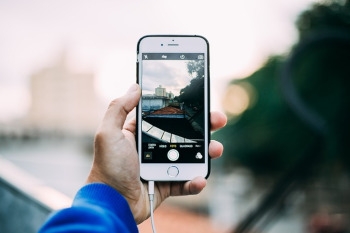 A court in Germany has dismissed a patent lawsuit filed by processor maker Qualcomm against Apple, saying that the patent concerned was not violated by its chips being used in iPhones.

Tuesday's verdict is over a patent that concerns bulk tension of voltage in iPhones, and the court ruled that Apple did not violate Qualcomm's patent because smartphones do not have steady voltage.

Last month, a court in Munich ruled in favour of Qualcomm in another patent case, which was over IP for power savings in smartphones.

Apple was ordered to stop selling some older iPhone models at its stores in Germany as a result. But all models are available at third-party stores in the country. Apple has appealed this verdict.

Qualcomm said it would appeal against Tuesday's verdict.

The company's executive vice-president and general counsel, Don Rosenberg, said: “Apple has a history of infringing our patents.

"Only last month the Munich Regional Court affirmed the value of another of Qualcomm’s cutting-edge patents against Apple’s infringement and ordered a ban on the import and sale of impacted iPhones in Germany.

"That decision followed a court-ordered ban on patent-infringing iPhones in China as well as recognition by an ITC judge that Apple is infringing Qualcomm’s IP.

"The Mannheim court interpreted one aspect of our patent very narrowly, saying that because a voltage inside a part of an iPhone wasn’t constant the patent wasn’t infringed. We strongly disagree and will appeal.”

In December, Qualcomm obtained a court order in China imposing a ban on the import and sale of some iPhone models.

Apple has appealed that decision as well.

More in this category: « ACMA hits Primus, iSelect with fines over telemarketing Facebook picks UK charity to check site for fake news »
Share News tips for the iTWire Journalists? Your tip will be anonymous