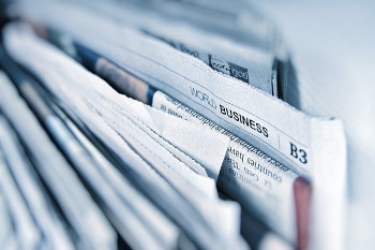 Treasurer Josh Frydenberg has said he expects to see "some significant commercial deals" between Australian news publishers and digital platforms before the government votes on its news media code which is currently before Parliament.

Frydenberg made the comments in an interview given to Nine's The Today Show on Monday, telling presenter Karl Stefanovic: "We have made real progress, I think in the last 48 to 72 hours, and I think we are going to see some significant commercial deals, which could be of real benefit to the domestic media landscape and see journalists rewarded financially for generating original content, as it should be, and this is a world-leading reform.

"No other country has stepped in like we have. It has been a difficult process. It is still ongoing, so let's not get ahead of ourselves. But the discussions to date have been very promising indeed."

On Monday, Seven West Media announced it had signed a deal to be part of Google's News Showcase, an initiative launched in Australia on 5 February, a day after Prime Minister Scott Morrison spoke to Alphabet and Google boss Sundar Pichai.

Morrison's exchange with Pichai came in the wake of Google's managing director for Australia and New Zealand, Melanie Silva, threatening that the search company would leave Australia.

The only major holdouts from the News Showcase are Nine Entertainment — which owns The Age, the Sydney Morning Herald and the Australian Financial Review among others — and publications owned by Rupert Murdoch's News Limited.

The news media code, officially known as News Media and Digital Platforms Mandatory Bargaining Code, has been devised as a means of forcing Google and Facebook to negotiate with news publishers and reach agreements on how much they should pay for using Australian news content.

But if publishers reach separate deals with the two digital platforms, the government is understood to have agreed to merely have the legislation passed without naming either Google Search or Facebook NewsFeed in the text of the law as was originally intended.

The amounts that companies would be paid if they cut deals on the terms offered by the two digital behemoths are likely to be less than what they would be paid under the law.

More in this category: « Seven West joins Google's News Showcase, thanks Frydenberg for help Govt offers more sweeteners to Google, Facebook over media code »
Share News tips for the iTWire Journalists? Your tip will be anonymous