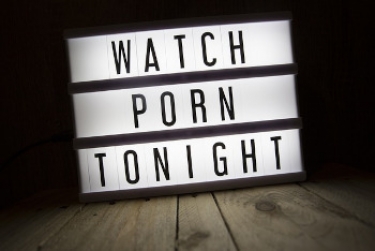 Image by Sammy-Sander from Pixabay

Fears have arisen about the agenda of the eSafety Commissioner Julie Inman Grant after the news website Crikey reported that she had appeared on a podcast hosted by an American anti-porn group.

Inman Grant was given broad-ranging powers in an Online Safety Bill passed by the Federal Government in June, including the power to order the removal of material from the Internet within 24 hours, if said material was deemed to contravene provisions of the bill.

But according to the report, Inman Grant appeared to have not carried out any background checks before she appeared on the National Centre on Sexual Exploitation's (NCOSE's) Ending Exploitation podcast to explain initiatives undertaken by the office she heads.

NCOSE, formerly known as Morality in Media, has played a big role in a push by religious fundamentalists in the US to ban pornography. The report said it had rebranded in 2015, but was still claiming that pornography was a public health crisis.

Inman Grant appeared on the podcast during the Coalition to End Sexual Exploitation summit in July. The report said she had deleted a tweet, which she had published in September, promoting her participation in the podcast.

Crikey said after the tweet appeared, Gustavo Turner, news editor of a trade publication known as XBIZ, which covers the sex industry, made reference to it.

She later deleted the tweet from her official @tweetinjules accounts and has not addressed her collaboration with the US-based, religiously inspired group formerly known as "Morality in Media."

Turner, a prolific tweeter, wrote on 2 October: "Last week, Inman Grant boasted of her participation on the podcast from NCOSE, a group whose avowed mission is 'to eradicate all pornography', an umbrella term it has used for all sexual expression, including Sports Illustrated magazine, literature and LGBTQ+ education materials.

"She later deleted the tweet from her official @tweetinjules accounts and has not addressed her collaboration with the US-based, religiously inspired group formerly known as 'Morality in Media'."

Turner also accused Inman Grant of not making a distinction between protecting children from what she described as extreme pornography and drafting censorship rules that affect all Australian Internet users.

The Online Safety Bill was rushed through, with a Senate panel recommending it be passed less than three weeks after it started to take a close look at the legislation.

Ten days before it was presented to Parliament, the public consultation process was stopped, though it had begun only in December 2020. This was noted by, among others, digital rights agency Digital Rights Watch and Microsoft.

The software giant said at the time: "The passage of the Bill through the Parliament has been completed at pace, with little opportunity for analysis and comment. Consultation on the exposure draft closed on 14 February, and the revised Bill was introduced to the House on 24 February, before being referred to this Committee on 25 February.

Through the months when she has been selling her proposal to the public, Australia's top censor Julie Inman Grant (pictured) has fudged the line between “protecting children” from what she calls “extreme pornography,” and creating censorship rules that affect all Australians: https://t.co/6zUeDNbAHh

"Little time has been available for providers and other stakeholders to understand the changes that have been made to the Bill, and the potential implications of these before submitting to this Committee."

Crikey said it had obtained information about Inman Grant's appearance on the podcast and reactions from her staff through an FoI request. As Inman Grant has made no public comment about it, iTWire has sought a reaction from the eSafety Commissioner.

iTWire understands that a comment had been made about the issue to Guardian Australia in September. Additionally, the Commissioner mentioned the issue last month at Senate Estimates where she was asked about her participation in the podcast.

“This interview was no different to many other speaking engagements undertaken by the Commissioner to explain our harms-based approach to online safety regulation, and does not constitute an endorsement of any particular organisation.”