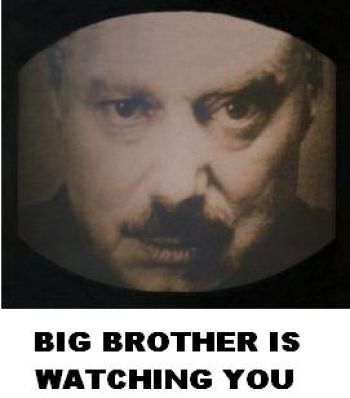 Australia is in eighth place in the world rankings of countries which have asked Facebook to remove content. There was not a single such request in the US.

Facebook has released its second Government Requests Report, which shows government requests for account information and the extent to which they have asked the social media giant to restrict or remove content from its service, usually on the grounds that it violates local law.

It is much more comprehensive than the initial report released last year, which did not cover content removal.

Facebook’s general counsel (senior lawyer) Colin Stretch said: “People around the world want to understand the nature and extent of government requests services like Facebook receive, and how companies respond to them.

“Facebook’s mission is to give people the power to share, and to make the world more open and connected. Sometimes, the laws of a country interfere with that mission, by limiting what can be shared there.”

The country that made the most request to remove information was India, with 4756 requests. India has strict laws on religious and racial vilification. Turkey, where the government is engaged in a continuing battle with social media of its use and a vehicle to expose government corruption, came second, with 2014 request.

Australia was in eighth place, with 48 requests. The US, which had by far the largest number of requests for user data (12,598), had not a single request for data to be removed entirely.

“When we receive a government request seeking to enforce those laws, we review it with care, and, even where we conclude that it is legally sufficient, we only restrict access to content in the requesting country,” said Stretch.

“We do not remove content from our service entirely unless we determine that it violates our community standards. We take a similar approach to government requests for account information. When we receive a request for information, we carefully assess whether we are legally required to comply

“As we have long emphasised, we push back on requests that are overly broad, vague or do not comply with legal standards. When we are required to provide information, in most instances we share basic information only – such as name and IP address.”

Stretch said that Facebook continues to push governments to authorise greater transparency about their actions,

“In December 2013, we and others in the industry launched Reform Government Surveillance, which set out principles advocating for more transparency and reform of surveillance laws and practices around the world.

“In addition, in the US, we worked with others to push the Government to allow us and other companies to provide insight into the volume and nature of national security-related requests for account information that we receive.

“These are important steps, but much more remains to be done. Recent news accounts of alleged surveillance efforts by the US Government in other countries reinforce the importance of ensuring that all governments around the world seek access to user account information only through lawful process.”