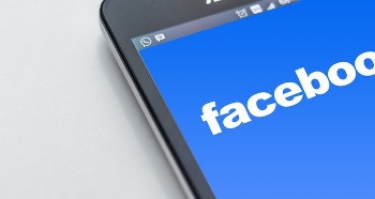 Social media giant Facebook will restrict publishers and people in Australia from sharing or viewing Australian and international news content, the company has said, adding that this is in response to the news media code that was passed by the House of Representatives on Wednesday night.

How're we to know what the kangaroos are doing!?https://t.co/rehdGd9FZX

The Federal Government introduced the News Media and Digital Platforms Bargaining Code into Parliament in December, but has said recently that it would soften the law after Google had responded by signing deals with many publishers.

In a tweet posted after the Facebook action was known, Treasurer Josh Frydenberg said: "This [Thursday] morning, I had a constructive discussion with Mark Zuckerberg from #Facebook.

“There are already questions about the credibility of information and sources on the Facebook platform.

“They’re basically saying to Australians: ‘If you’re looking for reliable news, Facebook is not the place to look for it'.

“It’s certainly something that raises concern… the government will consider this very carefully.”

This has been a long time coming, the Australian competition chief Rod Sims is one of the more forward-thinking antitrust enforcers in the world. https://t.co/cOAimd0Fj5

"For Australian publishers this means:

"Admins will still be able to access other features from their Facebook Page, including Page insights and Creator Studio.

"We will continue to provide access to all other standard Facebook services, including data tools and CrowdTangle.

"For international publishers this means:

"They can continue to publish news content on Facebook, but links and posts can’t be viewed or shared by Australian audiences.

"For our Australian community this means:

"For our international community this means:

Mark, there's something wrong with Australia. Their government is trying to regulate us.

Thanks Sheryl. Have you tried turning the country off and on again?

Google had threatened, during a Senate hearing in January, that it would withdraw its search service from Australia if the government insisted on pushing its legislation through.

But it started cutting deals after Alphabet and Google chief executive Sundar Pichai had a video exchange with Prime Minister Scott Morrison on 4 February.

On Thursday morning, News Corporation, which owns about three-quarters of the newspapers in Australia, announced a global deal with Google.

Fair, but having worked at a news site - the traffic from an article shared on Facebook is significant. Maybe 6 of our top 10 articles on a given day were driven by Facebook shares. This will hurt news sites.

Easton said: "For Facebook, the business gain from news is minimal. News makes up less than 4% of the content people see in their News Feed. Journalism is important to a democratic society, which is why we build dedicated, free tools to support news organisations around the world in innovating their content for online audiences.

"Over the last three years we’ve worked with the Australian Government to find a solution that recognises the realities of how our services work. We’ve long worked toward rules that would encourage innovation and collaboration between digital platforms and news organisations. Unfortunately, this legislation does not do that. Instead it seeks to penalise Facebook for content it didn’t take or ask for."

He said Facebook had been ready to launch Facebook News in Australia and significantly increase its investments with local publishers.

"However, we were only prepared to do this with the right rules in place. This legislation sets a precedent where the government decides who enters into these news content agreements, and ultimately, how much the party that already receives value from the free service gets paid. We will now prioritise investments to other countries, as part of our plans to invest in new licensing news programs and experiences," he added.

Yup. They're all gone. Every single post that has previously been published by major news outlets in Australia have completely disappeared (@abcnews, @SBSNews, @7NewsAustralia, @9NewsAUS, @australian, @smh etc) pic.twitter.com/Kt0Sv1qQMj

More in this category: « News Corporation cuts global three-year deal with Google Met office among sites blocked as Facebook ban bites in Australia »
Share News tips for the iTWire Journalists? Your tip will be anonymous