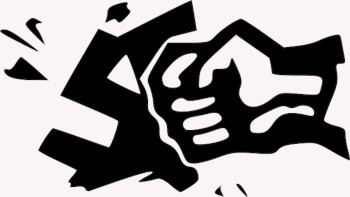 Social media giant Facebook has announced that it will ban pages that praise, support or represent white nationalism and separatism both on its own site and Instagram, with the ban set to be enforced from next week.

Anyone who searches for terms associated with white supremacy on Facebook and Instagram will be provided a link to a page known as Life After Hate "where people can find support in the form of education, interventions, academic research and outreach", the company said. (See image from Facebook below, right)

Life After Hate is "an organisation founded by former violent extremists that provides crisis intervention, education, support groups and outreach".

Facebook's move comes in the wake of the 15 March shootings in Christchurch where a white supremacist gunman from Australia shot and killed 50 Muslims in cold blood at a mosque.

The gunman, Brenton Tarrant, live-streamed his murderous rampage on Facebook and the footage remained there for more than an hour. It was posted on numerous YouTube channels and linked off Twitter as well.

The company said, however, it had had conversations over the last three months with ordinary people and academics who were experts in race relations and this had "confirmed that white nationalism and separatism cannot be meaningfully separated from white supremacy and organised hate groups".

"Our own review of hate figures and organisations — as defined by our Dangerous Individuals & Organisations policy — further revealed the overlap between white nationalism and separatism and white supremacy.

"Going forward, while people will still be able to demonstrate pride in their ethnic heritage, we will not tolerate praise or support for white nationalism and separatism."

More in this category: « European Parliament passes new copyright rules Google's Java use kept Oracle out of mobile space: claim »
Share News tips for the iTWire Journalists? Your tip will be anonymous