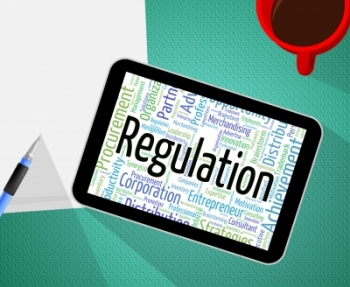 Facebook, Amazon, Google are the companies most at risk from regulatory crackdown in the advertising sector, according to the latest Thematic Scorecard for the sector from analyst firm GlobalData.

All three companies gained the lowest score (1 out of 5) in GlobalData’s Thematic Scorecard for the regulation theme in the advertising sector, which the analyst firm said was “reflecting their vulnerability to future regulatory action” – with a Thematic score of 1 indicating that this theme will be “highly detrimental to their future performance”.

And companies who gained a score of 2 out of 5 and who GlobalData says are also at risk from regulation are Alibaba, Comscore, Vivendi, Channel Advisor, Angie’s List, Criteo, Rubicon Project, Hub Spot and Marchex.

GlobalData’s Thematic Scorecard ranks companies within a sector on the basis of overall leadership in the 10 themes that matter most to their industry, generating a leading indicator of future performance.

And in a separate report Facebook, Google and Amazon are among the companies which GlobalData also says are most at risk in the data privacy theme for the advertising sector.

Data privacy is one area of regulation dealing with the protection of individuals’ personal data, and GlobalData says the legislation around data privacy is aimed at ensuring transparent collection and usage of people’s personal data.

According to GlobalData data privacy regulation is the "biggest threat to big tech”, and “at stake is the very future of the ad-funded business model that supports Facebook, Google, and many others".