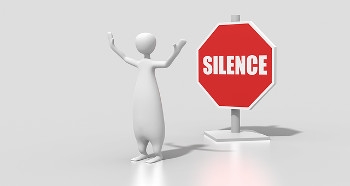 Google's plan to launch a censored version of its Web search engine as an Android app in China has been criticised by the company's former head of free expression issues in Asia and the Pacific, who said the "stupid move" that would go against human rights principles.

Lokman Tsui, who held the post from 2011 to 2014, told  The Intercept: "This is just a really bad idea, a stupid, stupid move. I feel compelled to speak out and say that this is not right.”

Tsui, who is now an assistant professor at the Chinese University of Hong Hong, was reacting after having seen confidential plans developed by Google to launch the censored search engine in China and reported by The Intercept on 1 August.

The website said work on the project, given the codename Dragonfly, had been underway at Google’s headquarters in Mountain View, California, and its offices in New York, San Francisco, Sunnyvale, Santa Barbara, Boston, Washington DC, Shanghai, Beijing, and Tokyo.

The Intercept said its report was based on internal Google documents and "people familiar with the plans". The project was apparently kicked off after a meeting between Google chief executive Sundar Pichai and Wang Huning, a senior figure in the Chinese Communist Party, last December. Work on the search app was begun during the Western spring of 2017 and had been fast-tracked after the Pichai-Huning meeting.

Tsui said: “In these past few years things have been deteriorating so badly in China – you cannot be there without compromising yourself,” adding that if Google launched a censored search engine it “would be a moral victory for Beijing".

“Beijing has nothing to lose. So if Google wants to go back, it would be under the terms and conditions that Beijing would lay out for them. I can’t see how Google would be able to negotiate any kind of a deal that would be positive. I can’t see a way to operate Google search in China without violating widely held international human rights standards.”

Google staffers have been reported to be upset about the project, known as Dragonfly. The customised app, with different versions known as Maotai and Longfei, has been demonstrated to Chinese Government authorities.

Six US politicians from both sides of the aisle have sent a letter to Google chief executive Sundar Pichai, seeking an explanation for the company's move to create and deploy the app.

More in this category: « Thales takeover bid for Gemalto awaits competition regulator clearance UK, Canada lobbying Australia not to exclude Huawei »
Share News tips for the iTWire Journalists? Your tip will be anonymous