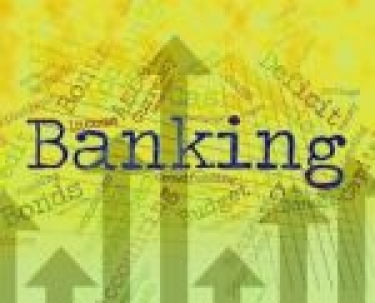 EL Consult managing director, Grant Montgomery levelled his criticism at the regulators on Wednesday when releasing EL Consult’s November Executive Demand Index, which reveals that employment demand for executives - including in IT - fell 1% per cent in October - making the index flat for most of 2019.

“Among the sectors, the EL Index was circling around a zero result,” says Montgomery, adding that “while the employment of financial executives was positive, management was flat, and the other sectors showed small reductions. Information Technology fell again, as IT spending growth internationally wanes.

“New South Wales was again the strongest state during the month, benefiting from the strong gain in financial executive employment,” Montgomery noted.

In his criticism of regulators like the Australian Securities and Investments Commission (ASIC) and the Australian Prudential Regulation Authority (APRA), Montgomery says that once entrepreneurs with a vision and capability could “bet the family home and secure sufficient seed funding to get their business ideas up and running”.

“This is no longer the case as any business can tell you that has recently had to renew facilities or seek funds for expansion. Rules called “responsible lending” by powerful regulators like ASIC and APRA have meant that lending is now almost entirely based on earnings with no regard for the backing security.

“Responsible lending now means that a borrower must have revenues to cover interest two or three times over which might be relevant for a government department on an annual budget but no good for a business that needs to borrow to start up or expand.”

According to Montgomery, the Reserve Bank “are pulling it’s hair out” on their inability to stimulate the economy even after continuous cuts to official rates.

“But the reasons are obvious, firstly the interest rates cuts are not passed on in full and when they are its weeks and even months later. And here is the real kicker, small and medium business borrowers generally need to beg for them.

“To most of us official interest rate cuts pretty much a theoretical concept and very unlikely to make us rush out and spend. We need to see the actual cash in our accounts. Is there any wonder there is no surge in retail and commercial activity?”. Montgomery questioned.

“The second issue for the economy is that lending has dried up for the corporate sector. “Banks were taken to task and rightly so, for mismanaging peoples investment funds but the regulators have responded with a raft of ill-conceived regulations on business lending.

“Lending, particularly commercial lending needed freeing up, not further restrictions and was one of the things that Banks, if in an uninspired way, did well.”

In further critical comment, Montgomery said, “In the commercial lending sector, the government is actually working against itself. While the Reserve Bank is loosening monetary policy, the corporate regulators ASIC and APRA are tightening regulations. The rest of the world is enjoying quantitative easing and Australia is having a credit squeeze.”

“Unfortunately, the longer this goes on the worse the state of the Australian economy will become and there will be long term irreversible damage to employment.

“The new rules are that everything has to do with the ability to repay and interest coverage. Having security, like real estate, as collateral for a business loan is no longer cuts it.

“The rules for lending aren’t being written by banks, but by government regulators who have no commercial intelligence.

“Small business can no longer borrow to start up or grow; and that’s completely killing the largest employer and engine room of the Australian economy.”

According to Montgomery, the new regime of responsible lending is restrictive and, “no matter the assets, the major criteria is cash flow”.

“These rules have been set by people who are on full time positions where a salary comes through every month. The private sector is not the same and suffers from variability and as the economy slows and can no longer get the borrowings to fund growth, then employment growth declines.”

More in this category: « ACCC takes Google to court over location data collection ACMA acts against 11 Telcos »
Share News tips for the iTWire Journalists? Your tip will be anonymous