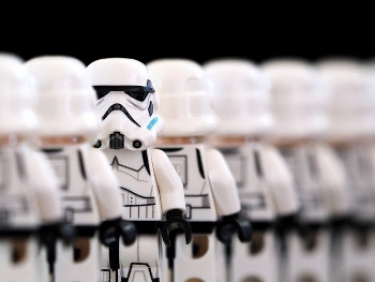 Image by Andrew Martin from Pixabay

Eight groups in Australia are on a list of more than 4000 individuals and groups that Facebook users are barred from speaking about. The social media behemoth maintains that these people and groups promote violence.

The Intercept reported that Facebook created the list in order to ward off accusations that it aids terrorists in spreading propaganda. A full list of the groups was published by the news site on Wednesday.

The organisations and individuals are listed as part of the social media company's Dangerous Individuals and Organisations policy. They are classified under hate, terror, crime, militarised social movements and violent non-state actors,

The Intercept's Sam Biddle described the policy as "a sweeping set of restrictions on what Facebook’s nearly three billion users can say about an enormous and ever-growing roster of entities deemed beyond the pale".

Facebook has been under scrutiny following the publication in September of a series of articles by The Wall Street Journal based on leaks by a whistleblower.

There were claims that Facebook's own research had found that its Instagram app worsened the mental health of teenagers, that Facebook often misrepresented itself to the public and that misinformation, toxicity and violent content were promoted by the site's algorithm.

The whistleblower, Frances Haugen, appeared before the US government and also on the media earlier this month, claiming, among other things, that the company chose growth and profit over user safety.

The Intercept said the restrictions imposed by Facebook seemed to date back to 2012, a time when both the US Congress and the UN had expressed concern over the recruitment of terrorists online.

"Facebook added to its Community Standards a ban on 'organisations with a record of terrorist or violent criminal activity',” Biddle wrote. "This modest rule has since ballooned into what’s known as the Dangerous Individuals and Organisations policy.

Alongside the full list, The Intercept said it was publishing "an associated policy document, created to help moderators decide what posts to delete and what users to punish".

Biddle quoted Facebook’s policy director for counter-terrorism and dangerous organisations, Brian Fishman, as saying in a statement that the company kept the list secret because “[t]his is an adversarial space, so we try to be as transparent as possible, while also prioritising security, limiting legal risks and preventing opportunities for groups to get around our rules".