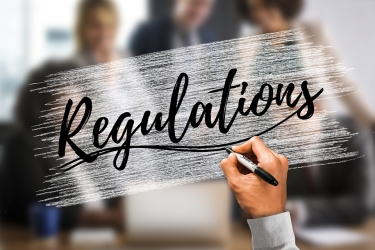 The chief of Australia’s competition watchdog, Rod Sims believes that the most hotly debated issue in competition law around the world is whether ex ante regulation of particular digital platforms is needed.

Sims assertion about ex ante regulation - where specific anti-competitive behaviours are banned ahead of time, rather than being dealt with ex post, or after the fact - was made in a speech this week to the Annual Competition Law & Economics Workshop, hosted by UniSA and the ACCC.

Sims speech - 'Competition in Australia faces big challenges' - covered competition issues and specifically the topic of merger law reform, the need to prove the future in competition cases and a role for ex ante regulation in digital platforms.

“The key points running across these three topics include the importance of having the right regulatory settings for establishing and preventing a substantial lessening of competition, and the presence of parallels outside Australia that we can look to in considering appropriate approaches here,” Sims empathised.

“It is no exaggeration to say that the most hotly debated issue in competition law around the world is whether we need ex ante regulation of particular digital platforms. The ACCC is in the thick of this debate.

“This issue comes after the ACCC’s work has seen, for example, the News Media Bargaining Code enacted, a review of our privacy laws started, and the introduction of a Code covering disinformation and misinformation. The latter is gaining more traction as the wide range of harms from social media have been much discussed recently.

“Digital markets often feature one or two dominant firms with significant market power, which allows them to impede competition and have a huge influence on the consumers and businesses reliant on their services. In ad-tech and search, this is Google; in app marketplaces, this is Apple and Google; in social media, this is Facebook.

“We have found that many of these firms are vertically integrated and there is evidence of considerable anti-competitive self-preferencing where firms favour their own interests over downstream rivals in a number of different ways depending on the market.

Sims said the ACCC had also observed the important role of data, and how access to large amounts of user data can help entrench a strong market position by creating “significant barriers to entry and expansion”.

“There is also a lack of transparency between the platform operator and users in the operation of many digital markets we have studied, with the users being both businesses and consumers. This includes opaque terms and conditions, and opaque communication or dispute resolution processes.”

“Around the world, there is growing recognition among relevant authorities that existing anti-trust laws have not held up well to the challenges posed by digital markets,” Sims warned.

“The European Commission’s draft Digital Markets Act proposes to complement the EU’s existing competition rules with sector-specific regulation for platforms which occupy a ‘gatekeeper’ position. This includes both affirmative obligations to promote competition, such as transparency and data sharing requirements, and prohibitions on problematic conduct such as anti-competitive self-preferencing,” he said

“Within Europe, Germany has already passed new competition legislation applying ex ante rules to digital firms designated as possessing ‘paramount significance across markets’, and the Bundeskartellamt has already launched investigations into whether to designate Facebook, Google, Amazon and Apple under this scheme.

“In the UK, the Government has been consulting on a proposal that would designate particular digital firms with ‘strategic market status.’ These firms would be subject to binding codes of conduct, more stringent merger control and potential pro-competitive interventions, including requiring operational separation of different arms of a business. Strong action is even on the horizon in the home of the major digital platforms, the United States.

“A suite of five anti-trust bills has been introduced to the US House of Representatives targeting digital platforms that meet certain user number, revenue and market capitalisation thresholds.”

Sims said Australia’s counterparts in the Asia Pacific region are also at the forefront of regulatory developments, noting that in Japan, the Transparency and Fairness Act has been in effect since February this year which aims to improve transparency and fairness for businesses trading on digital platforms, and applies to Google, Amazon, Apple, Yahoo and Japanese e-commerce platform Rakuten.

“In South Korea, Google’s and Apple’s app marketplaces have been singled out as a critical issue. Targeted legislation has recently passed parliament which bans Apple and Google from requiring all digital content purchases be made through their proprietary in-app payment systems. This may open this segment of the market to competing payments companies.”

Sims cautioned that although the ACCC’s existing powers under the Competition and Consumer Act 2010 allow it to take some enforcement action against digital platforms, “we are considering whether up front regulation may be needed in addition to enforcement under the existing CCA provisions to address the competition and consumer concerns our digital platforms inquiries have identified”.

“Sector-specific regulation is not without precedent. Australia has introduced industry specific legislation before where it is needed rather than rely solely on enforcement of the economy wide competition law provisions. For example, the ACCC already administers industry-specific competition and access functions in relation to the telecommunications sector.

“Our advice will be provided in a report to the Treasurer in September 2022. Importantly, we will seek industry views on this crucial question, and work closely with the Commonwealth Treasury,” Sims said, concluding that “in all sorts of ways I think competition law and policy are again coming together. The key questions we face are how effectively is our competition law working to ensure our market economy is working for all Australians, and is there a need for significant change.

“This is yet another fascinating time for us all with an interest in such issues. In my view the current issues are as important as the Hilmer Inquiry which started nearly 30 years ago.”

More in this category: « Tech industry bodies urge government to revise emergency powers bill Monitor in ZTE case trying to get his term extended »
Share News tips for the iTWire Journalists? Your tip will be anonymous