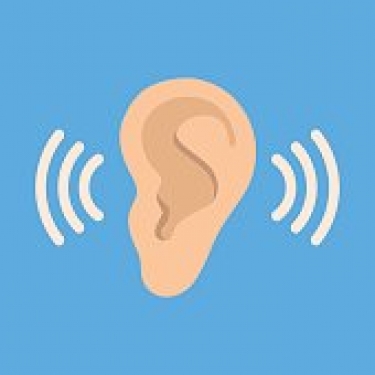 Australia’s National Relay Service (NRS) which provides telecommunications services to support people who are deaf, hard of hearing or have a speech impairment to make and receive phone calls, has ceased to use the CapTel handset.

But in a statement on Friday the Minister for Communications, Cyber Safety and the Arts, Paul Fletcher said the CapTel handset - which uses proprietary technology owned by US company Ultratec - ceased to be supported under the NRS from 1 February 2020.

The Minister said: “The Australian Government advises any remaining CapTel users to migrate to NRS-supported alternatives - or to other options such as Skype Captions, transcription apps such as Live Transcribe, and the Konnekt video phone with captions”.

“The Government is aware that Ultratec has announced it is temporarily continuing to support CapTel handsets independently of the NRS (using a US-based call centre for relay services.) Ultratec has not said how long its temporary arrangements will last and has not made contact with the Australian Government or Concentrix (the company contracted to provide the NRS) since making its announcement.

“Australian Government officials have reached out to Ultratec but have not received a response.

“The Australian Government does not know whether appropriate data and privacy controls are in place relating to the content of users’ conversations (recognising that calls using CapTel use technology and may involve a third party operator at a call centre who relays one side of the conversation.)”

The exclusive Australian rights to CapTel were previously held by Australian Communications Exchange (ACE), a company which formerly held a contract with the Australian Government to operate the NRS.

Minister Flecher said: “Following a competitive tender process conducted by the Department of Communications and the Arts last year, ACE was not renewed as the NRS provider, as the Department advised Minister Fletcher the Concentrix tender delivered better outcomes for the vulnerable Australians served by the NRS and more and better services for the committed taxpayers’ funds of $22 million a year over three years.

“To date Ultratec has been unwilling to enter into new arrangements with the NRS provider Concentrix, repeatedly advising the Australian Government that it would only deal through ACE or through individuals associated with ACE.

“The Australian Government remains open to CapTel being supported by the NRS if Ultratec can strike a suitable commercial arrangement with the current NRS provider Concentrix. Existing CapTel users should be aware that there is no certainty such an arrangement can be reached.

“The Government’s advice to former CapTel users is that they should transition to NRS-supported alternatives or other options, as Ultratec could at any time cease providing support for the CapTel handset.

“Concentrix is operating the NRS and is providing a wider range of services than was previously the case. Its technology can be delivered over mobiles and tablets as well as fixed line devices, giving many options for users, such video relay for people who prefer to communicate using AUSLAN (sign language).”

Minister Fletcher said training and support including in-home assistance is available to CapTel users needing personalised help to understand the many different options available from the NRS, and to be trained in the use of the option which best meets the user’s needs.

“NRS-supported alternatives include NRS Captions, which delivers captions on a smartphone, computer or tablet whilst the user speaks on a telephone, or via Speak and Read on a teletypewriter (TTY). Information on all of the options available can be obtained from the NRS Helpdesk.

“The Government will continue to work with Concentrix to further develop its service offerings to best meet the needs of current and future NRS users.”