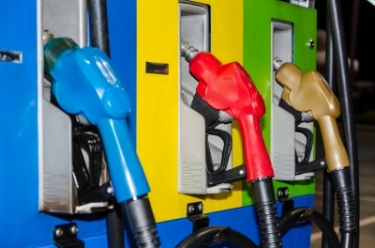 Independent petrol retail chains Speedway, Metro Petroleum, United, Vibe and FuelXpress had the cheapest petrol in Australia’s eight capital cities in 2020, according to a new report by Australia’s competition watchdog.

The Australian Competition and Consumer Commission report - ACCC petrol industry report - reveals.that the average range between the highest and lowest-priced major petrol retailer across the five largest capital cities of Sydney, Melbourne, Brisbane, Perth and Adelaide, increased to 11.4 cents per litre (cpl) in 2020, from 8.4 cpl in 2019.

The ACCC’s analysis shows that motorists in Australia’s five largest cities could have saved a combined total of nearly half a billion dollars ($485 million) in 2020 by switching from a variety of higher-priced to lower-priced major retailers.

“The range of petrol prices available to most Australian motorists means the potential savings from filling up at one of the cheaper retailers are very significant,” ACCC Chair Rod Sims said.

“We often hear that all petrol prices are the same but this report shows that people living in capital cities do have choice about where they get their fuel, and how much they pay for it.

“Consumers should bear in mind that regular unleaded petrol sold in Australia typically comes from the same refineries or import terminals, and there are minimum quality standards that all retailers are required to adhere to. This means that motorists are getting petrol of a similar quality regardless of where they fill up,” Sims said.

The report compares different major retailers’ annual average petrol prices in 2020 with the market average price, and reveals the savings that an average motorist could have made by switching from the highest to lowest-priced major retailer in each of Australia’s capital cities.

Refiner-marketers – the large retailers that refine and sell wholesale petrol, as well as selling it at the retail level – were the most expensive major retailers in most capital cities, according to the ACCC report.

In the other capital cities, the most expensive retailers were BP Sanzone (a BP branded independent chain) in Perth, Puma Energy in Darwin, and small independents in Hobart.

The ACCC report notes that in 2020, a motorist in Sydney could have saved around $445 for the year by choosing to fill up at the lowest-priced independent chain rather than the highest-priced major retailer.

“While price is undoubtedly the biggest influence on consumers’ decision about where to buy petrol, it’s important to acknowledge that factors such as location, type of fuel sold, the ability to use discount vouchers, and convenience store offerings all play a part as well,” Sims said.

“People who choose to buy petrol at one location because it suits their needs can continue exercising their consumer choice. But we want Australians to know that there is a range of petrol retailers out there with different offerings, including cheaper petrol.

“Our analysis shows that in the four years from 2017 to 2020, certain independent chains were consistently the lowest-priced major petrol retailers across the capital cities,

“There are a number of independent chains in our largest capital cities with many retail sites, so a lot of motorists won’t have to go far to find cheaper fuel if they want it,” Sims concluded.

The report also shows that in Sydney there were six independent chains with average prices below the market average price, representing about one in four of more than 800 retail sites.

In the other capital cities, independent chains represented around two in five retail sites in Brisbane, one in three in Darwin, one in four in Perth, one in five in Melbourne, Canberra and Hobart, and one in six in Adelaide.

This includes real-time price data available through state-based fuel price transparency schemes operating in WA (FuelWatch), NSW (FuelCheck), the Northern Territory (MyFuel NT), Tasmania (FuelCheck TAS), Queensland and SA, and a range of Australia-wide commercial apps and websites that motorists can use (such as MotorMouth and PetrolSpy).

The ACCC says some fuel price websites and apps are more comprehensive and timely than others and the government schemes are the most comprehensive and up-to-date, whereas the commercial apps and websites may not include all sites, which means that some of the lowest-priced sites are not listed.

However, in jurisdictions where the commercial services obtain their data via the government schemes, they can be as comprehensive and timely as the government websites and apps, the ACCC says, noting that over the past seven years, it has championed greater fuel price transparency for consumers in Australia through its court action and policy advocacy.

For its petrol rices report, the ACCC says it obtained annual average retail prices in calendar years 2019 and 2020 by major retailer for regular unleaded petrol (RULP) in Melbourne, Brisbane, Adelaide, Perth, Canberra, Hobart and Darwin, and for E10 in Sydney (i.e. RULP with up to 10 per cent ethanol).

More in this category: « WhatsApp backs down on privacy changes after stern resistance digiDirect hit with penalties by ACCC for misleading consumers about ‘storewide’ sales »
Share News tips for the iTWire Journalists? Your tip will be anonymous