Canberra caving to Hollywood will cause a national security headache Featured 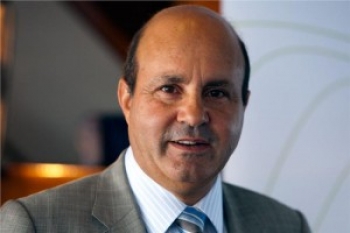 COMMENT: The Australian government may be starting to realise that their copyright and data retention policies are on a collision course. Officials within Attorney General's were advised of this years ago, but perhaps the point should have been made more incisively, or maybe internal agendas got in the way.

The thing is, two of the most powerful lobbying forces in Australia today other than the coal industry, are the national security agencies and Hollywood. Regrettably, giving Hollywood what they want in relation to ISP obligations undermines the objectives of the agencies. Our agencies may rue the day Canberra caved in to Hollywood.

Expect a mass move to encrypted communications as citizens seek to exercise their rights to privacy, and content infringers continue to regard impending copyright sanctions as unjust. Canberra is creating a perfect storm of conditions which will make the job of national security agencies, who are for the most part working in our best interests, immeasurably harder. All because Hollywood's distributional model is failing.

There will be pressure from both Hollywood and our agencies to restrict access to VPNs and VPN serving sites. You can bet those discussions are already in train. I remember the day I first mentioned encryption to the MPAA (Motion Picture Association of America). It was in 2008, on the eve of the first iiNet case. I literally saw the blood drain from the guy's face as he paled with the realisation that, though they might win the battle, they were going to lose the war.

As a general principle of conflict, the more desperate a position becomes, the more extreme the countermeasures. So get ready for VPN restrictions. The prospect will bring the government into collision with big business which needs it for remote workers. There will be exemptions as government tries to placate competing interests. VPN restrictions will be hard to enforce. Laws will have to be finely crafted. They will be unpopular. They may not pass if the Opposition sees opportunity in blocking them. Historically, oppositions rarely oppose national security measures. They hedge their bets by amendments which take off the hard edges, but leave the bulk intact.

Look forward to an expanded global market for new, better and simpler anonymising  services which will be resistant to regulation. National security agencies' job becomes nigh on impossible.

There's some déjà vu here in the early attempts to restrict the export of encryption products from the US (where they were regarded as munitions) and the equally failed requirement that encryption providers lodge decryption keys with the government. Neither worked, the cat was already out of the bag. The bad guys were already using encryption. The good guys needed it, then as now, for secure e-commerce which these days increasingly just means 'commerce'.

Encryption is about to become democratised. It's going mainstream to a 15 year old's bedroom near you. Let's hope they only use it for downloading. Can you see now why our agencies should be worried? Metadata collection implies you have an accurate fix on the parties to a communication. Anonymity subverts this. Hollywood, take a bow.

The content model must either adapt properly or fail. For the record, I feel for the studios because their production model is very good and of great utility. We love what they do, maybe too much. They're just not that creative at meeting our consumption needs. They never needed to when there were just cinemas. VCRs were a near death experience. MPAA stalwart, Jack Valenti compared them to the Boston strangler, until studios learned how to stagger their release and optimise two revenue streams.

You can't do that so easily now. That's why innovation is critical. Now we live in a time of post scarcity economics, where a release anywhere is a release everywhere, and perfect copies are made for zero cost. If you can't enforce your property rights, they effectively become free. If they are free they are treated as if they are in infinite supply. We know that's not true. So we have market failure. The market failure has been caused by the failure to innovate. So they turn to governments to bail them out. They litigate and threaten intermediaries.

In the end it comes down to fear and control, as it always does. The eternal quest for individual freedom versus the desire for nation states and powerful interests to maintain control. The Internet is disrupting the control model of the State and that of the interests. Where is technology? Technology is both the thorn, and the thorn that removes the thorn. In the end another equilibrium will be reached. It may be a society we like living in or maybe not so much. We are simultaneously less free, but never more free. Freedom exists within limits of the society we create for ourselves. Who sets the limits? Ultimately, we do.

More in this category: « Congress to allow Obama to fast-track secretive trade deal TPG pipes in a winner against NBN in court case »
BACK TO HOME PAGE
back to top