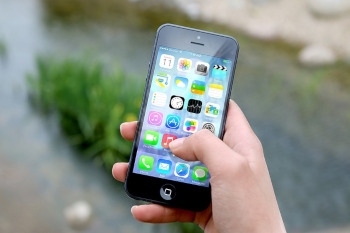 Chip manufacturer Qualcomm and Apple have announced an end to all litigation between the two companies, in a surprising development on a day which was expected to mark the beginning of a long and brutal fight over Qualcomm's patent-licensing practices.

In identical, short media statements issued on Tuesday US time, the companies said the agreement also included a payment from Apple to Qualcomm, the amount of which was not disclosed.

Apple and Qualcomm also said they had reached a six-year licence agreement, effective from 1 April, which included a two-year option for extension and a multi-year chip supply deal.

The stoush between the two companies has prevented Apple from making any plans to release a 5G-enabled iPhone this year. In the interim, Apple has started sourcing chips from Intel but the latter will only put out a 5G chip in 2020.

Capitalising on Apple's problems, the Chinese vendor Huawei threw its hat into the ring, offering to sell its 5G chips to the Cupertino giant. Huawei is expected to unveil a 5G-enabled smartphone by June.

Tuesday was expected to mark the start of a lawsuit in San Diego, Qualcomm's home city, with Apple looking to obtain up to US$27 billion in damages. On its part, Qualcomm had alleged that Apple forced some of its business partners to stop paying royalties and wants US$15 billion as damages.

The lawsuit was filed by Apple in 2017, with Qualcomm having spent the last two years counter-suing the iPhone maker and winning bans on the sale of some iPhone models in some markets for patent violations.

Qualcomm charges its customers for the chips themselves and also adds on patent licensing charges. It asks customers to sign an agreement before supplying any products.

Apple has termed this "no licence, no chips" policy a way of charging twice for the same thing. Along with its business partners, Apple is seeking an end to this practice and a refund of something in the region of US$9 billion.

This amount could have been tripled if the jury had come to the conclusion that Apple's anti-trust allegations against Qualcomm were correct. Apple had claimed Qualcomm's practices kept rivals like Intel from competing in this sector for a long time.

More in this category: « EU govts give approval for tougher copyright rules EU law will force takedown of extremist content in an hour »
Share News tips for the iTWire Journalists? Your tip will be anonymous