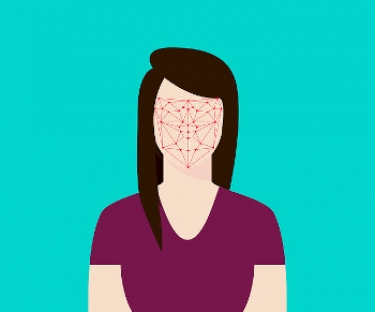 Retail giant Amazon has announced that it will place a one-year moratorium on the use of its facial recognition technology by police in the wake of protests in the US over the killing of George Floyd, an African-American man, in Minneapolis.

The company's announcement comes a few days after IBM said it would stop developing its general purpose facial recognition and analysis software products.

The Amazon statement said: "We’re implementing a one-year moratorium on police use of Amazon’s facial recognition technology. We will continue to allow organisations like Thorn, the International Centre for Missing and Exploited Children, and Marinus Analytics to use Amazon Rekognition to help rescue human trafficking victims and reunite missing children with their families.

"We’ve advocated that governments should put in place stronger regulations to govern the ethical use of facial recognition technology, and in recent days, Congress appears ready to take on this challenge.

"We hope this one-year moratorium might give Congress enough time to implement appropriate rules, and we stand ready to help if requested."

The American Civil Liberties Union, which in June 2018 ago tested Amazon's Rekognition technology and found that it was unable to identify 28 current US politicians, said in a statement that it was glad Amazon had, after two years, finally recognised the dangers that face recognition posed to the black and brown communities.

The same month, workers at Amazon wrote to chief executive Jeff Bezos, telling him not to sell Rekognition to law enforcement agencies.

"Amazon must fully commit to a blanket moratorium on law enforcement use of face recognition until the dangers can be fully addressed, and it must press Congress and legislatures across the country to do the same. They should also commit to stop selling surveillance systems like Ring that fuel the over-policing of communities of colour.

“Face recognition technology gives governments the unprecedented power to spy on us wherever we go. It fuels police abuse. This surveillance technology must be stopped."

A Google Cloud spokesperson told iTWire, in response to a query, that while the company did not back a ban on facial recognition technology, it supported strong regulation around it.

"Facial recognition is a very sensitive technology, and that's why we have taken a cautious approach and don't offer it in a general purpose API while we work through the policy and technical issues at stake," the spokesperson said.

"So while we don't support a ban on this technology, we do encourage strong guardrails — particularly for public facial recognition — through regulations and other means. We recently published a framework for facial recognition to highlight key factors for consideration."

IBM's chief executive Arvind Krishna sent a letter to the US Congress on 8 June in which he said: "IBM no longer offers general purpose IBM facial recognition or analysis software. IBM firmly opposes and will not condone uses of any technology, including facial recognition technology offered by other vendors, for mass surveillance, racial profiling, violations of basic human rights and freedoms, or any purpose which is not consistent with our values and Principles of Trust and Transparency.

"We believe now is the time to begin a national dialogue on whether and how facial recognition technology should be employed by domestic law enforcement agencies.

"Artificial Intelligence is a powerful tool that can help law enforcement keep citizens safe. But vendors and users of Al systems have a shared responsibility to ensure that Al is tested for bias, particularity when used in law enforcement, and that such bias testing is audited and reported."

iTWire also contacted Microsoft to ask if it was taking any action on its facial recognition software projects. The company has not responded.

Two years ago, workers at the company's GitHub software development platform threatened to quit en masse if Microsoft did ends a contract with the US Immigration and Customs Enforcement.

In a letter sent to the company, they said Microsoft's technology could "help (ICE) employees make more informed decisions faster, with Azure Government enabling them to process data on edge devices or utilise deep learning capabilities to accelerate facial recognition and identification".

More in this category: « Commerce Commission wants NZ MTAS services to remain regulated You need us, we don't need you, Facebook tells news companies »
Share News tips for the iTWire Journalists? Your tip will be anonymous