Amazon employee asks Bezos to decide between 'people and profits' 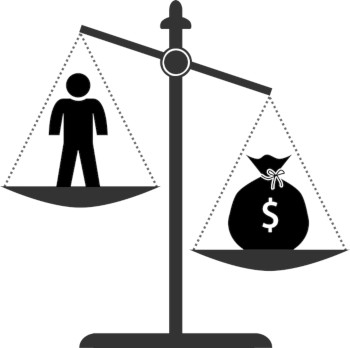 An anonymous Amazon employee has called on the company's leadership to stop selling its facial recognition software, Rekognition, to law enforcement bodies in the US because it "runs counter to Amazon's stated values".

In a post published on Medium — which said it had verified that the author was indeed an Amazon worker — the employee said history had provided enough lessons that powerful surveillance tools left unchecked in the hands of the state would be used to target people who had done no wrong.

In June, a group of Amazon workers wrote to their chief executive, Jeff Bezos, telling him not to sell Rekognition to law enforcement agencies and to cancel the contract for hosting data-mining company Palantir on its cloud.

Else, they said they would refuse to build the platform that powers the US Immigration and Customs Enforcement and would not contribute to tools that they claim violates human rights.

The lone employee said that Bezos was aware of the concerns around Rekognition but had said that he preferred to wait for society's "immune response".

"If Amazon waits, we think the harm will be difficult to undo," the post said. "After all, our concern isn’t one about some future harm caused by some other company: Amazon is designing, marketing, and selling a system for dangerous mass surveillance right now."

The employee pointed out that Orlando was testing Rekognition with live video feeds while a sheriff's department in Oregon was using the software to compare photos to a database of mugshots.

In the US, a lack of public accountability had resulted in over-policing of communities of colour, immigrants and people exercising their First Amendment rights, the post said, adding, "Ignoring these urgent concerns while deploying powerful technologies to government and law enforcement agencies is dangerous and irresponsible."

The employee pointed out that there had been cases of false positives. As iTWire  reported, a test by the American Civil Liberties Union found that Rekognition identified a number of US politicians as criminals.

"Regardless of our views on the military, no one should be profiting from 'increasing the lethality' of the military. We will not silently build technology to oppress and kill people, whether in our country or in others.

"Amazon talks a lot about values of leadership. If we want to lead, we need to make a choice between people and profits. We can sell dangerous surveillance systems to police or we can stand up for what’s right. We can’t do both."

More in this category: « Google to charge Android device makers for using apps in EU ACCC hits hard with $170m in penalties for consumer law breaches »
Share News tips for the iTWire Journalists? Your tip will be anonymous