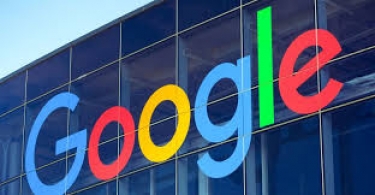 The competition watchdog, the ACCC, has called for measures addressing Google’s dominance in search engine services, including a choice screen that provides consumers with a selection of search engines, to be introduced in Australia.

The Australian Competition and Consumer Commission’s call - set out in its third Digital Platform Services Inquiry interim report - found that Google continues to be the dominant search engine in Australia, with a market share of 94 per cent - and Google Search is the default search engine on the two most popular browsers in Australia, Google’s Chrome browser and Apple’s Safari browser, which are pre-installed on most mobile devices in Australia.

The ACCC notes that the report found that Google’s dominance in general search engine services in Australia is extended and entrenched by the large sums of money it pays to be the default search engine on Apple’s Safari browser, its ownership of Chrome and by the pre-installation and default arrangements it has in place with competing browser suppliers and device manufacturers that use Google’s Android operating system.

“Search engines play a critical role in the digital economy. We are concerned that Google’s dominance and its ability to use its financial resources to fund arrangements to be the default search engine on many devices and other means through which consumers access search, such as browsers, is harming competition and consumers,” ACCC Chair Rod Sims said.

“Google pays billions of dollars each year for these placements, which illustrates how being the default search engine is extremely valuable to Google’s business model.”

The ACCC cites a survey it commissioned that found that most consumers surveyed tend to stay with their device’s pre-installed browser and pre-set search engine.

According to the survey, roughly one in four consumers reported not knowing how to change the default web browser or search engine on their mobile device.

“Access to consumers is critical for search engine services to grow and compete against Google, but Google’s vertical integration and costly commercial arrangements have made this very difficult,” Sims said.

“Google’s existing dominance and its commercial arrangements have significantly increased barriers to entry and prevented new or emerging rival search engines from reaching consumers, not only through browsers but also through other access points like search apps, widgets and voice assistants like Siri.”

“This is likely to have stifled innovation and reduced consumer choice. It means that consumers may not be exposed to or aware of other options, such as search engines that protect users’ privacy and/or have an ecological focus, which limits the ability of these businesses to grow.

“While most search engines do not charge users to conduct search queries, a competitive search services market could include many benefits for consumers including innovation in search results or display, a reduction in sponsored advertising results and incentives to attract users through novel offerings such as rewards or better data protection.

“It is common for the quality of service to suffer when companies gain a dominant position.”

To address this, the ACCC says it recommends a range of measures.

The ACCC’s report examined Google’s choice screen for search services on new Android devices in Europe, which was voluntarily implemented by Google following a decision by the European Commission.

Sims says the ACCC found many deficiencies in these arrangements.

“The ACCC will continue to monitor significant developments and proposals overseas, where similar concerns have been identified. We will continue to work with our international colleagues, sharing lessons and advancing regulatory reform as appropriate,” Sims said.

Second, the ACCC also recommends that it be given the power to develop additional measures to improve competition and consumer choice in search. This may include potentially restricting dominant search engines from tying or bundling search services with other goods or services, among other measures.

“We are carefully considering these potential measures, which would sit alongside the rules and powers proposed in the ACCC’s Ad Tech Final Report. The framework for these rules and powers will be considered as part of the fifth report of the Digital Platform Services Inquiry.

“The ACCC intends to commence consultation regarding these potential proposals for broader regulatory reform in 2022,” Sims concluded.

More in this category: « US threat to use Cold War-era law against chip firms spooks TSMC investors Protecting Australians from scam texts »
Share News tips for the iTWire Journalists? Your tip will be anonymous