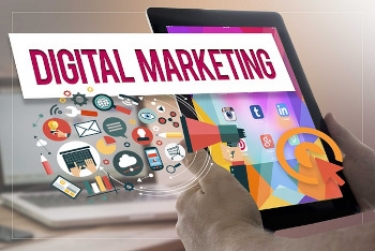 Image by Diggity Marketing from Pixabay

The Australian competition watchdog claims Google has immense power in the local online advertising industry, and is able to favour its own related business interests while supplying ad services.

In an interim report on Digital Advertising Services in 2019-20 released on Thursday, the Australian Competition and Consumer Commission said it had looked at Google's industry-leading position and concerns about opacity in the pricing of ad tech and ad agency services among others.

The watchdog said it had been following overseas developments in this area, with a number of anti-trust suits having been filed against Google in the US.

It said most of the allegations and concerns raised with the ACCC and discussed in the 222-page interim report had been also present in the complaints made in the US.

The release of the report comes soon after the Senate held a hearing into a news media code that has been presented to Parliament by the Federal Government. Google, and also Facebook, are threatening to withdraw services from Australia if the code is not rewritten according to what they want.

When it came to advertiser ad servers, Google held between 80% and 90 % share, the report said.

"Google’s high share of impressions suggests that the competitive constraints on Google are not substantial," the ACCC said. "There are number of potential barriers to entry and expansion in the supply of advertiser ad server services including the degree of single-homing, the magnitude of switching costs, and the degree of vertical integration.

"The ACCC is seeking further information on the extent to which these barriers may prevent competitive entry and expansion by smaller rivals."

"Google’s large share of revenue (and impressions) appears to be underpinned by its access to significant ad targeting data, exclusive ad inventory and vertical integration in the ad tech stack," the report said.

Google was also the biggest supplier of supply-side platforms, with the ACCC estimating that it took up to 60% of revenue in 2019. And in the case of publisher ad servers, Google Ad Manager held a share of impressions of between 90% and 100% in 2019.

The report said submissions made to the market regulator had alleged that Google had been allegedly engaging in conduct that had limited competition in ad tech services.

Three specific allegations were that Google restricted access to YouTube, channelled its own ad demand to its supply-side platform, and preferenced its own supply-side services.

The ACCC has called for submissions to the interim report to be made by 26 February. A final report will be issued on 31 August.