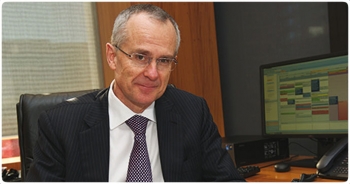 ACCC chair Rod Sims says the competition regulator is well placed to take enforcement action on data issues, but has warned of the possibility of a reduction in competition in some instances in “fast moving” digital markets.

“One of the key challenges with merger cases in digital markets is predicting the likelihood of future competition between the target and the acquirer,” the Australian Competition and Consumer Commission chief warns.

“In fast moving markets, this is clearly difficult particularly when the target is a start up or currently only active in a neighbouring market,” Sims said in an address on the data economy in Sydney on Monday.

“Such transactions can end up leading to a large reduction in competition but, at the time of merger review, the chance of this occurring may well be considered low or difficult to predict.”

Sims pointed to Facebook’s purchase of Instagram in 2012 as one example of the difficulties competition regulators face when determining the competitive impact of acquisitions in dynamic industries like social media.

He said Instagram had just 13 staff and no revenue when it was sold in 2012, but had since grown into the second most popular social media platform in Australia, behind Facebook.

“It would be extremely difficult to predict what was going to happen in social media in the last five years, including whether in the absence of the acquisition by Facebook, Instagram would have grown and become an independent challenger to Facebook,” Sims said.

“We do know where we are now. Instagram is the second largest social media platform, by some margin, after the Facebook platform, in terms of the number of monthly active users in Australia.”

Sims also looked at how consumer data is handled and the ACCC’s lead role in enforcing the Consumer Data Right.

“This is an exciting new role for the ACCC which is throwing up many new issues for the ACCC and no doubt many more to come. We are out there talking to banks, consumer groups, fintechs and broader stakeholders,” he said.

“The CDR will enable customers to safely share their transaction, usage and product data with trusted service providers, if they choose to do so.

“It will reduce the costs consumers incur when switching between providers and will lower the barriers to entry for new providers. Accordingly, it will encourage competition between service providers, leading not only to better prices for customers but also more innovation of products and services.”

And, according  to Sims, while they manifest in new ways, the competition and consumer law issues emerging in data are just incarnations of what has been seen in traditional markets.

He highlighted the example of the ACCC’s action against Trivago, which is currently before the courts, noting that it underscores the ACCC’s “growing concerns in relation to comparison platforms, and how algorithms present search results to consumers”.

“In some respects, this is consumer protection 101. Allegations that a company says one thing — expressly or by implication — but it does another either overtly or more surreptitiously.

”The ACCC is very well placed to deal with a range of future data issues, including in relation to enforcement. The consumer data right, and the digital platforms inquiry, set us up very well indeed for the issues to come.

“We also have our Strategic Data Analysis Unit, which played a pivotal role in our action against Trivago.”

More in this category: « Google chief avoids US pollies' queries on China search plan Lycamobile again runs foul of court with hefty fine »
Share News tips for the iTWire Journalists? Your tip will be anonymous