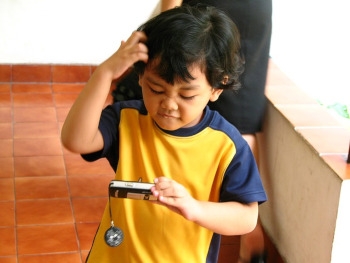 An Indian newspaper's use of widely differing quotes in two separate stories has incorrectly given the impression that the Chinese telecommunications company Huawei will be left out of the 5G network rollout in India.

Muntazir Abbas, a reporter with the Economic Times, used quotes from the same Indian official as cited by the Press Trust of India, a major Indian news agency, to make it appear as though Huawei would not be given any role in India's 5G network.

PTI's story, carried by the newspaper on 15 September, quoted Telecom Secretary Aruna Sundararajan as saying: "We wrote to Ericsson, Nokia, Cisco, Samsung and NEC. Huawei has met me and they have said that they are interested. We said if you are interested then send us a proposal. We will see what their proposal is and we may go with them also." (Emphasis mine).

But in Abbas' story, which also ran on 15 September but now has an updated dateline of 17 September, the same official was quoted as saying: “We have written to Cisco, Samsung, Ericsson and Nokia, and telecom service providers to partner with us to start 5G technology-based trials, and have got positive response from them. We have excluded Huawei from these trials.”

iTWire ran a story last evening, based on Abbas' story which at that time had a dateline of 15 September.

Abbas' story also cited "people familiar with the matter", when making reference to ZTE Corporation, another big Chinese telecommunications equipment manufacturer, saying that it had been excluded from the list of companies asked to partner the Department of Telecommunications for trials to develop 5G cases for India.

Responding to iTWire's story, a Huawei spokesperson said: "Huawei is an active participant in India's growing 5G ecosystem. We are proposing a set of solutions to support the Indian Government's requirements for 5G network deployment, and our collaboration with relevant departments and operators continues to proceed as normal.

"The Government of India remains open and welcoming towards Huawei, and has been a fantastic source of support. In the meantime, our joint 5G tests with India's operators are also moving forward according to plan."

More in this category: « Ex-Google man says asked to write software to censor news in 2006 EU drops Ireland case after Apple pays back-taxes »
back to top