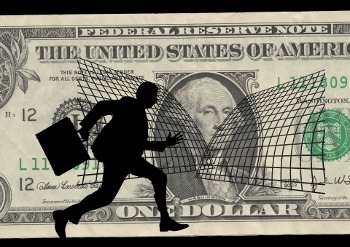 Rupert Murdoch's News Corporation has rubbished a Google-funded report that claims news aggregators - like the search engine firm - can help struggling publishers by easing some of the negative consequences of digital disruption.

The report, authored by Henry Ergas, Jonathan Pincus and Sabine Schnittger, and titled Impact of news aggregators on public interest journalism in Australia, was published in May 2018.

News Corp's rebuttal of the claims made by Ergas was submitted to the Australian Competition and Consumer Commission's Digital Platforms Inquiry on 23 August and put online by the competition watchdog on Friday. It included a study by Frontier Economics which cast serious doubt on the claims made in the Ergas Report, the sources used and its conclusions.

In the new submission, News Corp said the Ergas Report had focused only on the effect of Google's news aggregation product, Google News, and ignored the impact that Google News had on publishers.

"The Ergas Report appears to suggest that 'news aggregators' lower the costs of delivering news and allow publishers to access a potentially larger base of readers," the submission said.

The report was said to have concluded that participation in a news aggregation platform could mean publishers' digital business models had a better chance of succeeding and "alleviate some of the negative consequences of digital disruption (such as heightened churn as a result of alternatives being 'just one click away')".

"The report therefore leaves the impression that the problems faced by publishers are simply the result of diminishing reader interest and increased competition for readers' attention," it said.

Google is under fire on numerous fronts due to what appear to be increasing moves to dominate the Web and increase its take from digital publishing.

As iTWire has reported, developers have not taken kindly to the search behemoth's bid to strip out the www in domains typed into the address bar, beginning with version 69 of its Chrome browser; it has been interpreted as a move as a bid to cement the company's dominance of the Web.

Google is also trying to have its accelerated mobile pages accepted as a default standard across the Web; the AMP format has been criticised for obscuring the original URL of a page and reducing the chances of a reader going back to the original website.

A study by content intelligence platform Chartbeat has shown that only one in three online publishers has achieved an increase in traffic by switching to Google's AMP format.

Separately, Google's bid to dominate search on the Web has been met with a massive fine from the European Union; the company was hit with a US$5 billion anti-trust fine over the business model it has for its Android mobile operating system in July.

A US$2.7 billion fine was imposed on Google last year for allegedly abusing its search engine dominance to give illegal advantage to its own comparison shopping service. The company has appealed the decision.

A third EU fine, for alleged misuse of its AdSense advertising system, is said to be in the pipeline.

Last week, 20 European news agencies slammed Google and Facebook, accusing them of "plundering" news free, and urging the European Parliament to push through an updated copyright law in order to address what was described as "a grotesque imbalance".

News Corp said in the August submission that the Ergas Report sought to pro tray Google News "as an altruistic and beneficial service to publishers by directing traffic to publishers and not directly monetising".

Additionally, News Corp claimed that the Ergas Report did not look at the degree of responsibility that Google bore for undermining the future of journalism "which the evidence shows is best supported by publishers’ own subscription and advertising models which Google actively disadvantages".

"Certain Google practices, including but not limited to scraping, snippets and First Click Free have entrenched a perception among consumers that news is free. As Google Search is the gateway to the Internet and an unavoidable trading partner, publishers have no alternative but to submit to Google's practices, or risk exclusion from the platform.

"While it may be true that search platforms with powerful web-crawling capabilities such as Google have the potential to work harmoniously with publishers by facilitating discoverability by readers, the manner in which Google operates has resulted in a distortion of the supply chain."

The News Corp submission offers plenty of detail on how the various Google services are tied together to promote the Google brand and obscure the brands of publishers. Some portions of the submission have been redacted by the ACCC.

The digital platforms inquiry is expected to produce a preliminary report into its findings in December.

More in this category: « Google to fight 'right to be forgotten' extension across globe Regulator slaps Thales with ‘letter of issue’ over Gemalto acquisition »
back to top