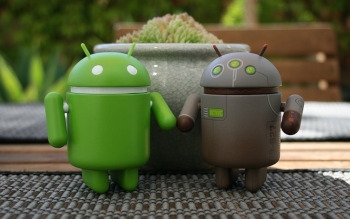 The Supreme Court is the only avenue for Google if it wants to avoid paying damages to Oracle. Pixabay

Google will have to go to the US Supreme Court if it wants to contest the reversal of a verdict — in a long-running case with Oracle — that had found its use of 37 Java APIs in the Android mobile operating system was covered by fair use.

On Tuesday, the US Federal Circuit Court of Appeals rejected a bid by Google to have the case reheard. This means that the decision — that Google's use of the Java APIs was "not fair as a matter of law" — will stand, and the search giant will have to fork out US$8.8 to billion to Oracle or else try to take the case to the Supreme Court.

In its order, the Court said: "Cross-Appellant Google LLC filed a petition for rehearing en banc [as a group]. A response to the petition was invited by the court and filed by appellant Oracle America, Inc.

"It is ordered that:

"The petition for panel rehearing is denied.

"The petition for rehearing en banc is denied.

Contacted for comment, a Google spokesperson told iTWire: "We are disappointed that the Federal Circuit overturned the jury finding that Java is open and free for everyone.

"We will appeal to the Supreme Court to defend this principle against companies like Oracle, whose restrictive practices threaten to stifle the work of new generations of tech developers.

"This is an important issue with wide implications for developers and the digital economy."

Oracle corporate communications spokesperson Deborah Hellinger told iTWire: “We are pleased that the Federal Circuit upheld the well-reasoned panel decision. We are now one step closer to putting our damages case before a jury."

The case has been going on since 2010 when Oracle sued Google shortly after it purchased Sun Microsystems and became the owner of Java, claiming that the search engine company had violated its copyright and patents.

But an appeal gave Oracle what it wanted: a ruling that APIs could be copyrighted. As a side note, this ruling has put developers at risk, as they could be sued for using APIs that they could use freely prior to the trial.

In a second trial that ended in May 2016, a jury found that Google's use of the 37 Java APIs in its Android mobile operating system was covered under fair use. As expected, Oracle was not happy with the verdict.

Thanks to The Register for a link to the court order.