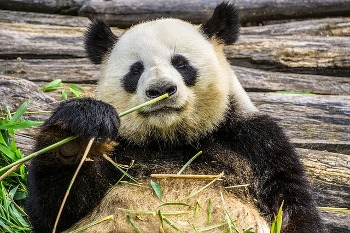 Engineers at Google used search queries from a Chinese Web directory service owned by the company to develop blacklists for a censored search engine that is planned to be provided in China, possibly as soon as this year. A functioning version of the search engine is said to be ready.

The Intercept's Sean Gallagher reported on Thursday that he had seen confidential documents indicating that the Chinese Web directory service, 265.com, was not blocked by China's firewall.

Last week, reports said that Google planned to launch the search engine for China as a customised Android mobile app with no access to sites about human rights, democracy, religion or peaceful protest.

Google staffers have been reported to be upset about the project, known as Dragonfly. The customised app, with different versions known as Maotai and Longfei, has been demonstrated to Chinese Government authorities.

Six US politicians from both sides of the aisle have sent a letter to Google chief executive Sundar Pichai, seeking an explanation for the company's move to create and deploy the app.

The website 265.com was founded by Chinese entrepreneur Cai Wensheng in 2003 and acquired by Google in 2008. Though the site is hosted on Google's servers, its address is given as Beijing Guxiang Information and Technology Co based in the Haidian district in northwest Beijing.

The Intercept said 265.com provided news updates, financial information links, and ads for cheap flights and hotels. Search queries on the site were redirected to Baidu, the main search engine used in China.

Google appeared to have used 265.com as a honeypot for researching what Chinese users sought on the Web, before passing along the search queries to Baidu.

Sample queries from 265.com were analysed to see what sites came up when they were made and this information was used by the Dragonfly developers, at Google’s headquarters in Mountain View, California, and its offices in New York, San Francisco, Sunnyvale, Santa Barbara, Boston, Washington DC, Shanghai, Beijing, and Tokyo, to compile a list of sites banned by Beijing.

This information was used to develop the censored search engine to be launched in China.

The Intercept said it appeared that Google was carrying out the development of the censored search engine along with a second firm, presumably one in China, as Chinese law requires that Internet services companies need to run their servers and date centres within the country.