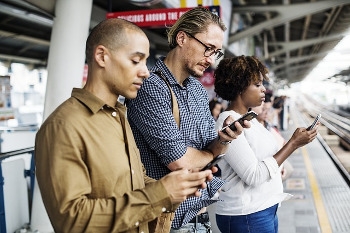 Digital platforms that possess substantial market power are engaging in anti-competitive practices that prevent publishers from competing on merit, News Corporation Australia says in a hard-hitting submission to the ACCC's digital platforms inquiry.

In its 144-page submission, by far the biggest of 57 submissions to the inquiry which were released by the competition watchdog on Thursday, News Corp said the anti-competitive practices referred to had the potential to "profoundly damage the creation, distribution and consumption of news and journalism in Australia".

It said consumers would be hit, partly because digital platforms were reducing choice and diversity of original and quality news and journalism and prioritising unreliable content.

In the case of publishers, digital platforms were subverting access to online revenue streams, both subscription and advertising, thus undermining the sustainability of news and journalism as a private enterprise.

Advertisers were also affected because of the dominance of digital platforms, and the control they wielded over the supply chain was leading to less choice and higher prices. Additionally, ads often ended up next to unsavoury content.

The submission discussed the issue of consumer detriment, where the claimed anti-competitive practices had led to consumer harm. News Corp claimed that digital platforms were engaging in practices that undermined the business models of publishers.

While some of these digital platforms offered services that were "free", they came with a price attached in that personal data was siphoned off for advertising purposes, it said.

In particular, News Corp cited the case of Google, which it said had a market share of 95% of the search engine market and more than half the mobile device operating system market in Australia.

It also pointed to Facebook, which has an 80% share of the social media market in Australia, and Apple, which has a market share of about 40% of the mobile device operating system market in the country.

"Digital platforms are also leveraging their market power into emerging markets (in particular, smart home, voice, video and AI) and undertaking aggressive merger and acquisition activities to entrench their dominance," the submission said.

It said digital platforms were using their market power to ensure that they remained the gateway to the Internet. They were coercing publishers to accept terms of trade, standards and policies such as Google's First Click Free and Accelerated Mobile Pages, Facebook Instant Articles and Apple News, all of which assisted their own business models but undermined those of the publishers.

The company said that current laws might be sufficient to deal with its concerns but it might also be the case that further legislation, regulation or policy intervention was needed.

In its submission, the journalists' union, the Media, Entertainment and Arts Alliance said Google and Facebook were not only technology and advertising platforms but also media companies.

It added that "Google and Facebook’s hold of most of the world’s online audience and their ability to monetise media content at the expense of organisations and individuals that select, research, analyse, verify, write and publish content, makes them media companies".

The MEAA did not offer any suggestions as to how journalistic outlets could stem the flow of money and the reduction of staff that had taken place over the last decade.

The ACCC has said it will issue a preliminary report into its findings in December.

More in this category: « Facebook to rank news sources by 'trustworthiness' ACCC digital inquiry: ABC sees Google, Facebook and Apple as allies »
BACK TO HOME PAGE
back to top