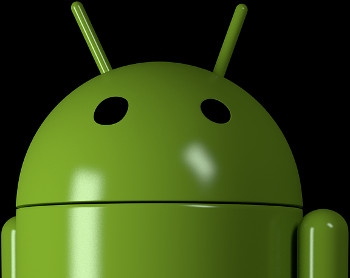 Database giant Oracle has won an appeal against Google in a long-running case, with a court reversing a verdict that had found Google's use of 37 Java APIs in the Android mobile operating system was covered by fair use.

On Tuesday US time, the US Court of Appeals for the Federal Circuit came to the conclusion that Google's use of the Java APIs was "not fair as a matter of law", The Wall Street Journal  reported.

The case has now been sent back to a trial which is meant to determine how much Google should pay for its infringement. In 2016, Oracle said that it was owed US$8.8 billion by Google.

Oracle initiated the appeal in February last year, following a May 2016 verdict that found Google's use of the Java APIs was covered by fair use.

It indicated at the time that it would not take the verdict lying down. In August, Oracle tried to get the verdict set aside, but was this was refused by Judge William Alsup. Later in 2016, the database giant filed the necessary papers to prolong the battle.

A statement from Oracle general counsel Dorian Daley said: “The Federal Circuit’s opinion upholds fundamental principles of copyright law and makes clear that Google violated the law. This decision protects creators and consumers from the unlawful abuse of their rights.”

A Google statement said: “We are disappointed the court reversed the jury finding that Java is open and free for everyone.

“This type of ruling will make apps and online services more expensive for users. We are considering our options.”

The legal stoush has been going on since 2010 when Oracle sued Google shortly after it purchased Sun Microsystems and became the owner of Java, claiming that the search engine company had violated its copyright and patents.

That case ended in 2012 with Google being largely the victor. Justice Alsup ruled that APIs could not be copyrighted.

But an appeal gave Oracle what it wanted: a ruling that APIs can be copyrighted. This ruling has put developers at risk, as they could be sued for using APIs that they could use freely prior to the trial.

In a second trial that ended in May 2016, a jury found that Google's use of 37 Java APIs in its Android mobile operating system was covered under fair use. As expected, Oracle was not happy with the verdict.

More in this category: « EU competition czar holds out threat of breaking up Google Google staff protest involvement in Pentagon drone project »
Share News tips for the iTWire Journalists? Your tip will be anonymous