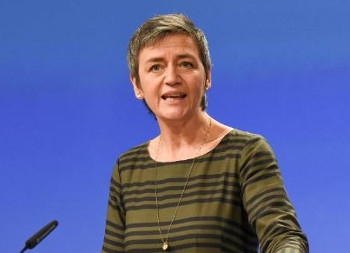 The European Union has raised the prospect that it may consider breaking up Google into a number of smaller units, saying it harbours "grave suspicions" about the firm's dominance of the search market.

EU competition commissioner Margrethe Vestager told Britain's Telegraph newspaper that the threat to split up the search behemoth must be kept as an option.

Vestager said the officials in her department harboured "grave suspicions" about Google which dominates the EU search market with 91.5%.

At the time of imposing the fine, Vestager said: "Google has come up with many innovative products and services that have made a difference to our lives. That's a good thing.

Google and other big multinational technology companies are also under pressure over alleged tax evasion, with the European Commission, the executive arm of the EU, recently unveiling a proposal to tax these companies at a rate of 3% as an interim measure.