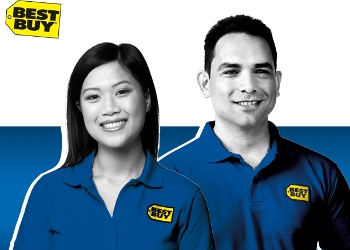 American multinational consumer electronics corporation Best Buy has pulled products made by Kaspersky Lab from its shelves and is offering customers assistance if they want to get rid of installed software from the company.

A report in Minnesota's Star Tribune newspaper said the decision had been taken due to media reports, testimony in the US Congress and discussion in the IT industry.

Best Buy, which has its headquarters in Richfield, Minnesota, also has outlets in Canada and Mexico. The report did not make it clear whether Kaspersky products were also pulled in these countries.

US moves against Kaspersky Lab have come in the wake of allegations that Russia interfered in the 2016 US presidential elections.

As iTWire reported, the FBI has begun briefing firms in the US private sector to give up use of Kaspersky products.

In July, the US government removed Kaspersky products from a list of approved software suppliers for two government-wide purchasing contracts.

And there have been reports that the US Senate will use a provision in the National Defence Authorisation Act to look at a ban on the company's software in all federal agencies.

The Star Tribune report said that while Best Buy had not conducted its own investigation, the company felt that there were too many unanswered questions and had therefore decided to stop selling the products.

It quoted Kaspersky Lab as saying: "The only conclusion seems to be that Kaspersky Lab... is caught in the middle of a geopolitical fight, and it’s being treated unfairly even though the company has never helped, nor will help, any government in the world with its cyber espionage or offensive cyber efforts."

The Russia-based company said it continued to have good ties with Best Buy and that the ban could be re-evaluated later. Its products continue to be sold through US retailers like Target, Walmart, Amazon and Staples.

In a statement sent to iTWire the company said: “Kaspersky Lab and Best Buy have suspended their relationship at this time; however, the relationship may be re-evaluated in the future. Kaspersky Lab has enjoyed an almost decade-long partnership with Best Buy and its customer base, and the company will continue to offer its industry-leading cyber security solutions to consumers through its website and other retailers.”

Kaspersky security products are not sold as a default option on PCs by Best Buy, but rather as an add-on for extra payment. The company has said it will allow customers who have active subscriptions to exchange them for another product in the next 45 days.

Customers have been told they can uninstall the products on their own or else have someone from Best Buy's Geek Squad to do it for them.

The report said Kaspersky software had generally received favourable reviews, with a rating of 4.3 stars in 1800 reviews.

More in this category: « Kaspersky: Ex-NSA infosec expert asks FBI to put up or shut up Four EU states want big tech to pay tax on revenue »
Share News tips for the iTWire Journalists? Your tip will be anonymous