No Google probe in US because of close White House ties: claim 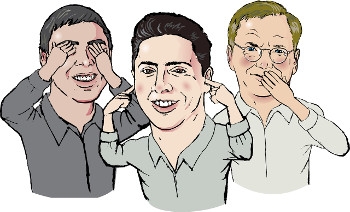 Google's close ties to the White House during the time of the Obama administration are the main reason why a proposed 2012 probe by the US Federal Trade Commission into the company's alleged unfair competition was dropped.

While FTC staff recommended that enforcement action begin, saying, according to The Wall Street Journal, that "The 160-page critique, which was supposed to remain private but was inadvertently disclosed in an open-records request, concluded that Google’s ‘conduct has resulted — and will result — in real harm to consumers'.”

A report in the Washington Post said an WSJ investigation had pointed out that Google's executives had donated more money to the Obama campaign than any company.

The report was examining why the EU was able to investigate Google's business practices and this week fine it US$2.7 billion for allegedly abusing its search engine dominance to give illegal advantage to its own comparison shopping service.

The Post report said the executives had held dozens of meetings at the White House from the time the FTC report was filed and the decision not to go ahead with enforcement action.

As iTWire reported in March last year, seven former Google officials were employed in federal policy or law enforcement areas that are of commercial interest to Google at the time.

The company also gained a foot in the Trump regime, with a former executive, Joshua Wright, being put in charge of transition efforts at the FTC.

The Post report said that even though former Google chief executive Eric Schmidt's candidate Hillary Clinton — for whom he drafted a detailed campaign plan — lost in 2016, his willingness to flatter the Trump administration was on full display last week at the White House Tech Summit.

Schmidt was quoted as telling Trump: "I’m absolutely convinced that during your administration there is going to be a huge explosion of new opportunities because of the platforms that are getting built in our industry. It’s going to happen soon during your leadership.”

"As one of the complainants in both the FTC and EU cases, Yelp chief executive Jeremy Stoppelman testified in September of 2011 before the Senate anti-trust subcommittee: 'Google first began taking our content without permission a year ago. Despite public and private protests, Google gave the ultimatum that only a monopolist can give: In order to appear in web search you must allow us to use your content to compete against you'.”

In March this year, a group of publishers, including Axel Springer and Getty Images, filed a complaint with the European Union against Google, accusing it of imposing restrictions on manufacturers of Android devices and wireless service providers.

The EU has two other investigations going on, one into Google's Android mobile operating system and the other into its Adsense advertising service. In both cases, the EC has made a preliminary determination that Google has again abused its dominant position.

More in this category: « FBI grills Kaspersky workers in counter-intelligence probe Govt plays down report of Medicare details sale »
Share News tips for the iTWire Journalists? Your tip will be anonymous