ZTE – out of the shadows (interview) 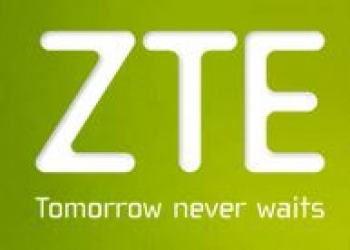 ZTE has decided to come out of the shadows and compete head on under its own brand in Australia. 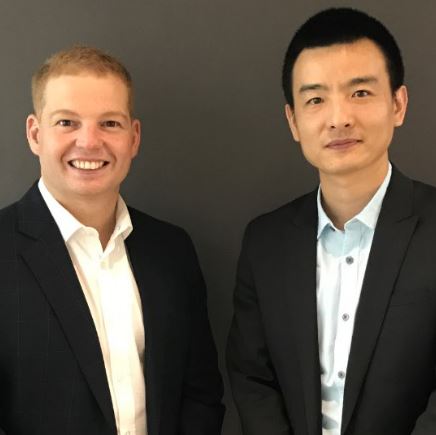 iTWire had an exclusive interview with Wayne Cornell, chief marketing officer, and Daniel Zhao, managing director of ZTE Australia, to discuss its move as a "brand' into the Australian market, one already heavily saturated and serviced by 10 other major players including Samsung, Apple, LG, Huawei, Moto, HTC, Sony, OPPO, Alcatel and lately Google – not to mention the telco dominance of Telstra, Optus and Vodafone.

“Having been here since 2004 and supplying white label phones to telcos we know the market very well, we have great relationships with the telcos, we have a great local team, distribution and support are spot on – we have a very deep understanding of the market,” Zhao said.

“It is not like we are coming from nowhere. As Daniel said, we have been here a long time. We felt the time was right to market ZTE as a brand to the consumer space and what better phones to start than the Axon 7 and Axon 7 Mini – both the highest featured phones for the price,” added Cornell.

ZTE is a Chinese company established in 1985. The acronym stands for Zhongxing New Telecommunications Equipment. ZTE is listed on the Shenzhen and Hong Kong stock exchanges.

Zhao said ZTE’s core strength was that it was an engineering, research and development company with full end-to-end production for better quality control. It was not just a marketing company that had phones made by others.

Q. Australia is a tough market – why do you think you will be successful?

Zhao: We are under no illusions about how tough it is. But unlike many latecomers we have been here a long time and know the market, Telcos support us, and we are winning retail space via JB Hi-Fi (exclusive Axon 7), Good Guys, Officeworks, Big W, Coles, and, of course, the telcos. We have phones in the mid-range (Axon 7 at $699 and Axon 7 Mini at $499), Blade series ($199-$299) and other niche products like Telstra's Tough Max – the tradies phone.

In all, we have sold more than 15 million handsets over the past 10 years in Australia and New Zealand. Worldwide, we make about 100 million handsets per year and 65% of those are sold outside China. We are number 2 in Russia and number 4 in the US.

Our aim is to be in the top five suppliers in Australia, and to do that we need to cover all bases from pre-paid to the Axon 7 flagship.

Australians are more likely to buy technologically advanced products and the take-up of mid-to-high-end phones is very good.

ZTE Australia has been growing, we are employing in Sydney and Melbourne and acceptance of the Axon 7 has been far higher than we thought.

Q. Axon 7 was released in China last May – why did it take so long to get here?

Zhao: It takes time to test for all carriers (in relation to frequency bands) and it is one of many variations of the model A2017 – there are models for Europe, US (and different carriers), dual and single sim, locked and unlocked, even an Axon Secret 7 model.

So, it takes time to get country approvals instead of just shipping an overseas model. The Australian model also comes with $300 accidental damage insurance cover so if you drop it or break a screen — any non-warranty item apart from liquid damage — it is covered. That is unique to this model. Plus, we had to wait our turn to get supply – Australia is not a huge market and we released it to market here in January 2017.

iTWire’s review of this handset is here.

Q. What about ZTE’s other business divisions in Australia?

Zhao: I am unable to say much except that we have a strong telecoms networking arm and offices in Melbourne (HQ) and two in Sydney.

There are 5G trials going on and Japan is closest to getting a running network, but Australia is still many years away.

Q. I have noticed the ZTE logo on a few footy jerseys – what is the plan? 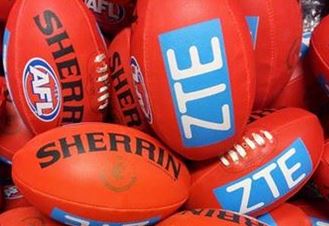 Cornell: ZTE had sponsored the Manly Warringah Sea Eagles and the Carlton AFL men’s and women’s teams. Internationally we have also sponsored five NBA teams, soccer, and other sporting teams.

We want to be a good corporate citizen and we are reviewing corporate social responsibility plans now,” he said.

Q. What parting messages do you have for iTWire readers?

I have known of ZTE for its wireless broadband “dongles” and that it makes white label phones for Telstra and others.

Now that I know a litle more of its plans to come out of the shadows and have reviewed the excellent Axon 7, the interview filled in a few blanks.

I have no doubt that we will see it in the top five, that its phones will represent good value and features well beyond price and it will stir up the Australian market. Importantly, it has the staying power in Australia to make it happen.

But more than that I get the feeling that this is not just another Chinese smartphone maker – it is clear they have and will continue to invest in Australia and have a heavy R&D focus. For these reasons alone it deserves consideration.

More in this category: « Kacific buying new satellite from Boeing Foxtel, News Corp team up on ‘Full on Footy’ offer »
BACK TO HOME PAGE
back to top