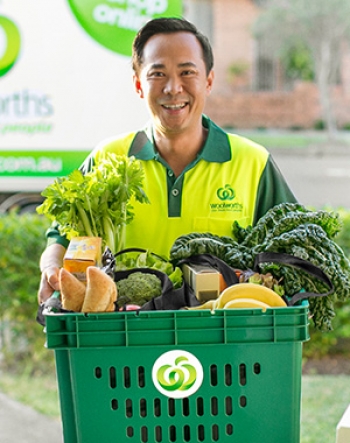 Supermarket and retail giant Woolworths is taking its business into one of the world’s giant consumer markets, sealing a deal with China’s largest online business-to-consumer market, Alibaba’s Tmall Global.

Woolworths is tapping into China’s burgeoning middle-class and its consumer demand for fresh foods, including fresh food and grocery products from Australia, with the setting up of its new online store at Tmall.

The supermarket group’s confirmation of its proposed foray into the China online market follows its engagement of China-based, ASX-listed eCargo Holdings (ASX:ECG) which has just announced it will build and manage a Woolworth’s store front on Tmall, initially selling a range of about 80 products.

eCargo has said it will also coordinate Woolworths inventory, packing and distribution requirements and advise on a strategy for entry of the brand in the China market, alongside delivering digital and social marketing activities for Woolworths.

Tmall is one of China’s largest web portals and an online shopping destination for imported products by the country’s rapidly expanding, rich middle-class, with Australia food products having a reputation, particularly in the Asia-Pacific region, for unsurpassed product quality and safety.

The Tmall Global site was created by Alibaba to provide a channel for companies outside China to sell online without the need to establish  a physical business in the Chinese market.

Woolworth’s entry into the massive online China market through Alibaba follows the recent announcement, as reported by iTWire, of Australia Post’s tie-up with Alibaba’s B2B online wholesale website1688.com and other retailers like Metcash – franchisor and owner of the IGA supermarket group - and Chemist Warehouse.

Earlier this month Australia Post announced its partnership with1688.com and the commencement of distribution of Aussie wines in the huge Chinese market through the partnership.

The largest B2B online website in China, 1688.com was established in 2010 by the Alibaba Group to help foreign businesses sell their goods in China at wholesale prices.

More in this category: « IA wants a lift in our efforts to enable a 'digital' Australia Fujitsu hives off PC, smartphone business in face of ‘tougher’ competition »
BACK TO HOME PAGE
back to top