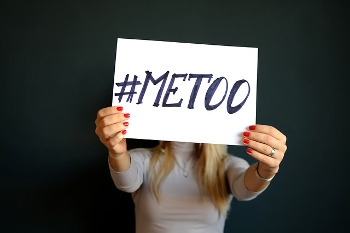 More than 200 Google engineers will stage a "women's walkout" on Thursday to protect against the company's handing of a handsome payout to Android chief Andy Rubin and the protection of several other big names who had allegedly engaged in sexual misconduct.

The website BuzzFeed News reported the plan; it quoted four people who were familiar with the goings-on inside the search company at the moment.

As iTWire  reported, based on a story in The New York Times on 25 October, Google paid Rubin, the creator of the Android mobile operating system, US$90 million when he left the company in 2014 over a sexual misconduct allegation, with a woman at the company having accused him of forcing her to perform oral sex.

Additionally, the article cited several sexual antics at the company: co-founder Larry Page dated Marissa Mayer, one of the first engineers at Google, and later Yahoo! chief. Sergey Brin, the other co-founder, had a consensual extra-marital fling with an employee in 2014.

All these details were told to the NYT by sources and were not denied by Google.

Buzzfeed quoted one Google employee as saying: "Personally, I’m furious. I feel like there’s a pattern of powerful men getting away with awful behaviour towards women at Google‚ or if they don’t get away with it, they get a slap on the wrist, or they get sent away with a golden parachute, like Andy Rubin.

"And it’s a leadership of mostly men making the decisions about what kind of consequences to give, or not give.”

The day the NYT article appeared, Google executives held a company-wide meeting during which they attempted to explain why they had treated Rubin the way they had, and apologised to the workers.

But over the weekend, many employees who belong to a group for female engineers, began to back a walkout.

While Rubin contested some of the details in the NYT story — he issued a tweet, saying that the false allegations were part of a smear campaign — Google chief Sundar Pichai did not contest anything in a note that he issued jointly with People Operations vice-president Ellen Naughton.

Pichai mentioned that over the last two years, Google had sacked 48 people for sexual harassment.