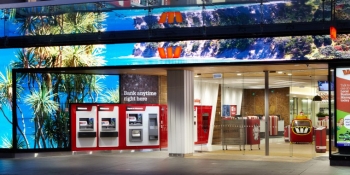 The Financial Markets Authority (FMA) and the Commerce Commission said on Tuesday they have formally agreed with Westpac NZ the steps the bank must take to refund fees for incorrectly discounting fees on a number of different banking packages.

The Commission said the bank has agreed to refund all fees incorrectly charged and will take all reasonable steps to reach impacted customers - and also improve its systems and start a wider review to ensure customers were receiving appropriate discounts.

Westpac self-reported the issue to the FMA and Commerce Commission in December 2017 and identified more impacted customers over the following 12 months.

The FMA was notified of the issue because of potential breaches of the fair dealing provisions of the Financial Markets Conduct Act (FMCA), with the Commerce Commission also involved because of possible breaches relating to consumer credit contracts under the Fair Trading Act (FTA).

A statement from the FMA and the Commission says that Westpac accepted that it may have contravened one or both of the Acts.

Westpac has already completed a significant part of the work to reach and refund impacted customers.

Liam Mason, FMA director of Regulation, said: “The Enforceable Undertaking illustrates that regulatory requirements are working as Westpac recognised its possible breaches and approached us and the Commerce Commission. This is the kind of proactive behaviour we expect to see from market participants.”

“The Commission also encourages the identification and self-reporting of conduct like this and appropriate remediation for affected customers,’ said Anna Rawlings, Commerce Commission Chair.

“We emphasise the importance of robust systems and sound monitoring practices to help avoid errors, and to quickly identify and fix them if they occur,” Rawlings cautioned.

More in this category: « Servian acquires Vibrato, plans overseas expansion Nintex deploys Promapp for City of Whittlesea »
BACK TO HOME PAGE
back to top