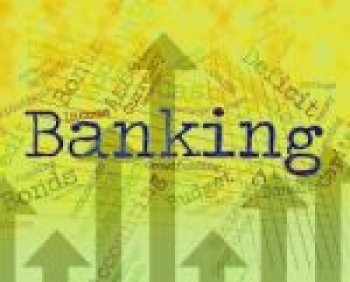 Global corporate lending platform Trade Ledger says it has warned the Australian Government of substantial weaknesses in its proposed Open Banking implementation plan, when compared to the global best-practice model.

Trade Ledger claims the Federal Government’s open banking plans primarily include the lack of an independent implementation and governance organisation, and limited consumer and SME representation in the development of industry standards.

According to the Australian-based global fintech, these omissions risk a scaremongering campaign around data security that could stall progress and reduce the scope of the changes, leaving the door open for overseas financial markets to take over local markets when open banking arrives.

“Open banking has the potential to revolutionise the Australian financial landscape – which is to say, the Australian economy as a whole,” said Trade Ledger co-founder and chief executive Martin McCann.

“Businesses and consumers could gain real-time control of their own financial information, allowing them to evaluate financial products from multiple lenders, and switch instantaneously to a better deal. Currently, only 2% of bank customers switch products, despite the fact [that] most could access a better deal.

“Unlocking a veritable treasure trove of bank customer data and placing it in the hands of technology-driven fintechs could also bring forth all manner of new and exciting financial products and processes that could change the way we transact forever.

“However, it’s my fear that we may not see this array of potential benefits by not learning from the best practices and mistakes of the UK, the only country to have already implemented open banking.”

McCann said that in the UK, the banks were made to pay for implementation of open banking under law; this incentivised them to act rapidly and efficiently.

“The UK also set up a range of trade and consumer lobby groups to balance the power of the incumbent institutions, and a governance body with unprecedented powers to compel all parties to work in the national interest.

“So far, Australia does not have most of this in its implementation plans.”

“This is a once-in-a-generation transformation on the global banking industry, driven by governments around the world legislating adoption of disruptive technology,” McCann said.

“However, given the fact that digital banking services don’t observe national borders, the consequences of getting this wrong could be catastrophic for our local industry.

“It could mean a shift away from a local-banks-versus-fintechs stand-off, and instead Australia might find itself competing against a whole hoard of unstoppable open banking entrants from overseas – an absolute tragedy for Australian financial services.”

More in this category: « Assange communications to be partly restored: report Move afoot to strip Assange of Ecuadorian citizenship »
Share News tips for the iTWire Journalists? Your tip will be anonymous