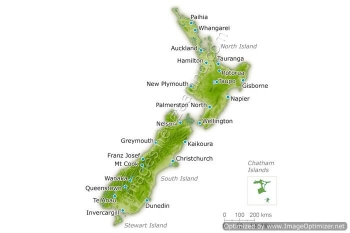 Vodafone New Zealand is claiming a world first live deployment of a 400 gigabit per wavelength optical system which it maintains is a major step in future-proofing its national transport network.

The NZ telco claims the deployment dramatically increases capacity over its fibre optic footprint and it now owns, operates and wholesales capacity on more than 10,000 kilometres of core fibre optic cable, dedicated to hauling “enormous quantities” of consumer and business data up and down the country and to the world.

The data transport system has been deployed in partnership with Vodafone’s optical partner Ciena and test equipment experts, EXFO.

According to Vodafone technology director Tony Baird, “the meteoric rise of online video streaming, gaming and cloud computing has meant Kiwis are chomping through data at rates we’ve never seen before”.

“This investment is about ensuring our transport network is in great shape for today and ready for the future – it is an important step on the roadmap to 5G and for a stack of other exciting innovations across New Zealand’s sprawling fibre and high speed wireless networks.

“It also represents some of the most advanced technology in Vodafone New Zealand’s network, capable of carrying 44 x 400 gigabits of capacity across a single fibre pair.”

According to Baird, in the “world first live deployment”, Vodafone can now achieve up to 17 terabits of throughput on a single pair of fibres – equivalent to over 700,000 channels of 4K TV streaming at the same time or more than 100 million simultaneous phone calls.

“This upgrade will also prepare Vodafone New Zealand for emerging data-hungry applications, on top of the ones we already see today including 4K video, HD audio, IOT and even virtual reality.”

Vodafone says the system will be expanded to include a medium haul route during September along with the initiation of a long haul trial between islands and will also be used to trial a long haul route between north and south islands during October.

More in this category: « Dell Technologies turns one Assembly Payments, CurrencyVue to tackle SWIFT payment solutions challenge »
Share News tips for the iTWire Journalists? Your tip will be anonymous