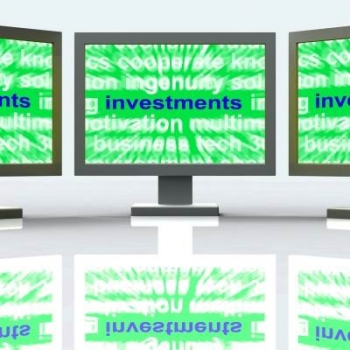 Australian equity crowdfunding platform VentureCrowd is raising $1.5 million of its own at a pre-money valuation of $10 million to accelerate growth across equity, property and credit asset platforms.

VentureCrowd says approximately $1 million of the round has already been raised from a small number of cornerstone investors, including several major participants investing in the technology sector for the first time.

VentrureCrowd’s funding round comes just ahead of the federal government’s introduction of new equity crowdfunding laws which will let regular people invest in startups in return for equity.

Jeremy Colless, founder of VentureCrowd said, as part of the fundraising, VentureCrowd has also set aside $500,000 to be raised through the equity crowdfunding platform itself, providing registered and new VentureCrowd investors the opportunity to participate in the future of alternative financing.

“It is a great pity that the government continues to drag its feet on proposed new legislation that will allow retail investors access and exposure to alternative asset classes such as venture capital, property and credit,” Colless said.

“Australia has fallen behind other jurisdictions that have already implemented equity crowdfunding legislation, including the UK, US and NZ. Despite repeated consultation, the current proposed legislation is handicapped by Treasury’s lazy attempts to squeeze equity crowdfunding into the existing limitations of the Corporations Act, rather than introducing truly transformational legislation.”

VentureCrowd says it will use the capital raised in this round to further develop the capabilities of its crowdfunding platform across multiple asset classes and developing secondary market trading capabilities.

“VentureCrowd has an exciting pipeline of startup deals heading into 2016, and we expect the platform will successfully complete capital raises for 20 to 30 of Australia’s leading and most exciting innovative startups over the next 12 months,” said VentureCrowd CEO, Rob Nankivell.

“That target could be significantly higher if the government introduces a workable retail equity crowdfunding framework.

“We will also soon announce opportunities for the crowd to invest in alternative property and credit opportunities including the equity portion of property developments as well as venture funding dals and invoice financing opportunities.”

According to Colless, since first launching in 2013, VentureCrowd has proved the viability of equity crowdfunding for startups, raising almost $10 million from hundreds of investors for eight ventures including ingogo, HeyYou (formerly Posse/Beat the Q), CriticalArc and CrowdMobile.

He said VentureCrowd investors have already realised exits with the ASX listing of CrowdMobile, and ingogo is expected to list in 2016.

Colless also said VentureCrowd has raised capital for ventures at various stages of growth, ranging from a $50,000 seed round to a $4.2 million raise as part of a $12 million series C round by ingogo - the “eighth largest successful equity crowdfunding raise in the world”.

With this new funding round, Colless says VentureCrowd’s immediate target market is the 443,500 Australian high net worth investors who control $1.6 trillion in wealth, as well as the $550 billion self-managed super fund market.

“We also expect that millennial investors, who were the catalyst for the sharing economy and the genesis of startups such as Uber, Spotify and Airbnb, and value access above ownership, will embrace equity crowdfunding as a way to gain control over their investment decisions and open up the world of alternative assets via fractional ownership.”

More in this category: « PayPal joins eftpos payment system Postage, stamp rates on verge of increase to $1 »
Share News tips for the iTWire Journalists? Your tip will be anonymous