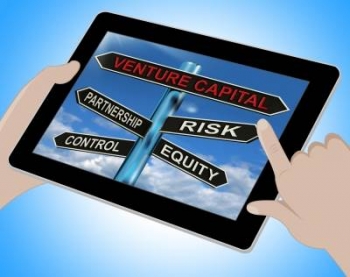 Venture capital invested in Australian startups hit a record US$1.23 billion in the 2018/19 financial year, with the potential of start-ups to change the shape of Australia’s future economy, according to a new global report.

The Venture Pulse Q2 2019 report from professional services firm KPMG reveals that between April and June 2019, $120 million of start-up investment was recorded in Australia, although the number of deals, at 17, was down on the last quarter (23), when investment totalled $148.4 million.

Globally, overall venture capital investment held steady over the April to June 2019 quarter, according to KPMG, reaching $52.7 billion. VC deal volume declined for the fifth consecutive quarter, reaching only 3855 deals, as high valuations and fierce competition — particularly at the seed stage — combined to produce an evening in the pace of deal-making.

“There was some fall off in deal size and volume over the first six months of the year of 2019, something that could be attributed to a pause as investors considered the implications of the Australian federal election.

“However, we’ve also seen Australian VCs close large funds in the same period which would suggest we can expect to see the growth trend of start-up investment continue.”

Price said venture capital investment in Australia had jumped by US$1 billion since the 2012/2013 financial year, when just US$165 million was recorded.

“The success of businesses like Atlassian — which if it was listed in Australia would be one of the top 10 companies (by value) on the ASX — shows the potential of start-up investment to change the shape of Australia’s future economy,” she said.

“As the global figures show, we are in a global innovation race, so there will always be the need for more capital to support smart Australian founders.”

KPMG lists key global highlights of the past quarter:

KPMG says that the US market remains strong in 2019, with VC investment in the US remained robust during Q2’19, reaching US$31.5 billion, compared to US$34.4 billion in Q1’19 - the result of a strong economy, solid performance of the public markets, and expectations of lower interest rates.

During the quarter, US investors diversified their investments across a broad range of industries including logistics, food delivery, aerospace, consumer durables and technology – while meat alternatives, artificial intelligence and autonomous vehicles also gained interest from investors.

The largest US deals for the quarter included Flexport (US$1 billion) and DoorDash (US$600 million) from San Francisco, followed by New York-based automation firm UiPath, which raised US$568 million.

The Asia VC investment market was subdued as mega-deals paused, according to KPMG, which reports that VC investment in Asia remained slow for the second consecutive quarter – reaching just US$9.6 billion on 468 deals.

The report says the continued slowdown in deal making in China was likely to be reflecting the ongoing US-China trade dispute and a corresponding increase in investors’ caution.

And, a shortage of megadeals contributed to the decline in VC in Asia, KPMG says.

“This likely contributed to the shrinking number of unicorn births in China; in Q2’19; there were no new unicorns in China – compared to 23 in the US,” KPMG observes.

“However, some bright spots remained. Gurgaon-based OYO Rooms raised $1.1 billion and JD Health (Beijing) raised $1 billion this quarter – in a testament to the massive potential for healthcare solutions. The top five deals were rounded out by Beijing-based Aihuishou which raised $500 million and Hozon which raised $437.7 million.

“Corporate players remain essential in the capital cycle of Asia’s Venture ecosystem, in particular at later stages. However, after reaching record levels in 2018, corporate venture capital participation dropped in Q2’19.”

On global trends to watch, KPMG says that heading into Q3’19, the trend towards a smaller number of late stage deals is expected to continue globally, “which could affect the ability of some high-quality early stage companies to attract funding”.

“AI is likely to buck this trend given its almost unlimited potential to cause industry disruption – and the significant amount of attention it is being given by corporate investors. As well, the outlook for IPO’s in the US remains quite positive,” KPMG said.

More in this category: « Aussie organisations back US IS research centre Artificial intelligence projects to double: survey »
back to top