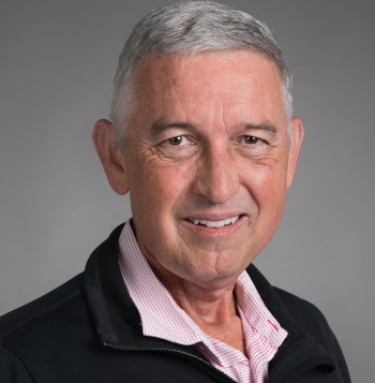 Mike Nicholls: "On a local talent front, an enormous number of universities are not tuned up on the potential of the technology, due to a lack of a local industry." Supplied

A partner of a venture capital firm set up by the CSIRO to help build deep tech start-ups says one of the main factors that is holding Australia back from building up a semiconductor sector is visa and travel restrictions.

Mike Nicholls, an entrepreneur, inventor and technologist with more than 30 years experience with Main Sequence, told iTWire in response to queries that the authorities needed to work out how to attract and build talent in the country.

"We can find them – the question is can we get them here on a plane and with a visa? That’s one thing to sort, we need to loosen up the visa restrictions and travel restrictions,' he said.

"But, how do we make sure that if a semiconductor person says they want to come to Australia, we make it a national priority? If you have a degree or a couple of years' experience in semiconductor design and manufacturing, we should be just stamping your passport with a visa to say you’re here as long as you want.

"Then the second aspect is how do we train up our existing labour force to have this capability. We’ve got a decent stream of electrical engineering people coming out, but they don’t have chip-making skills so there isn’t much chip-making education going on here. We need to create independent university degrees that focus on this area."

Nicholls said talk had begun about building up some sort of Australian semiconductor sector because it was a huge industry (about US$450 billion) of which this country had no share. The worldwide semiconductor shortage has focused attention on the issue.

"Obviously, the Americans have been major players in the space of CPUs and GPUs, as well as the general computing space. However, a lot of silicon is being made in Japan and Taiwan. South Korea is also a leader in the space, and now increasingly China," he said.

"So why are we only talking about it now? Well, it’s a US$450 billion industry that Australia has virtually zero share of. The COVID-19 pandemic has made it really clear that it isn’t good enough to have one of the most important technologies controlled by other nations.

"Can we change that overnight? No, we can’t. However, it’s a good long-term objective to try to get some of that control back, and get some independence and capability back. If you think about all the things that make up the economy, IP and capability from a technological level has always been a precursor to the power and development of nations. 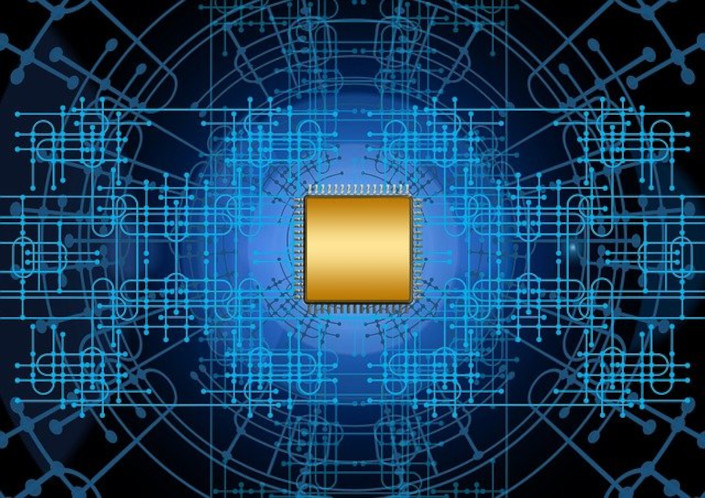 Nicholls says if we can get 30 to 50 companies up and running, we’ll have the world knocking on our door offering to invest money. Photo: Pixabay

He said that while setting up a fabrication unit was very expensive, it was relatively cheap to set up a fabless company to design chips. "You will need to spend upwards of US$20 to US$50 million to get a fabless semiconductor company into production. It could be even as high as US$100 million depending on what type of chip they’re building.

"But it’s pretty cheap compared to US$10 billion — so if we’re going to get started on building an Australian semiconductor industry, we can do that by launching a series of design companies that build up expertise here in Australia. That way we start to build the knowledge of semiconductor design and engineering.

"On a local talent front, an enormous number of universities are not tuned up on the potential of the technology, due to a lack of a local industry. The way to get to building that industry is by launching those 20 to 30 semiconductor companies. That way, the ecosystem kicks off. If we don’t do that, then we’re faced with the prospect that we have to launch a US$10 billion or US$20 billion fabrication unit. And if we’re stuck with that hypothesis, we’ll never do it — that’s the reality."

When it was pointed out to him that most of the local money seemed to go towards supporting American industry, Nicholls said the government could help to bridge the financial gap. "I like to think about this like a sporting team analogy. What do I have to do to get the best sports team on the field? If I want the best sports team on the field, how do I make this the most attractive place in the world to start a silicon/semiconductor start-up?" he asked.

"If we can get 30 to 50 companies up and running, we’ll have the world knocking on our door offering to invest money. Ten years ago, semiconductor companies were unloved. I think the world has actually realised how important they are."

"Unfortunately, we had a couple of disastrous changes of policy around deregulation, which made it harder to actually be competitive. But once upon a time, back when TVs and radios were the leading technology of the day, we were actually pretty successful."

Asked how Australia could attract the large number of Chinese and Taiwanese engineers who constitute a large part of the semiconductor sector abroad, Nicholls said Australia was a pretty attractive destination.

"The only problem is that it can be a bit hard to get into," he acknowledged. "Secondly, it’s a bit far away from everything. I think by and large, there is a group of people who want to come to Australia and settle. We just need to be a bit more aggressive about encouraging them into the country.

"India, the US and Europe have great pools of talent and I know we are attracting them to Australia, I think we just have to be more aggressive to get them onto our team."

He said the criticism levelled by the founder of Taiwan Semiconductor Manufacturing Company Morris Chang that US$52 billion — what Washington has allocated for regaining leadership in the sector — was too little was somewhat right. It was not a small amount, but would only be enough to build three or maybe four fabs.

"So, is it enough? Probably not. Is it a good start? Absolutely. If we wanted to compare, we could compare it to the amount that Australia has allocated to semiconductor development – which is pretty much zero," he said.

"It wasn’t really covered in the Modern Manufacturing Initiative and there is no ‘semiconductor fund’ per se. The closest thing we have is the Australian 5G Innovation Initiative, which was more around applications of 5G versus the engineering of 5G chips. There are, as far as I'm aware, no active semiconductor funding programs in Australia.

"The only initiative that I’m aware of at the moment is the NSW Government’s Semiconductor Sector Service Bureau (S3B), which is interesting, but unlikely to result in a whole bunch of new companies."

Nicholls said it was important to think about how semiconductor fabs were regarded. "Currently, they only think about the US$10 to US$20 billion monolithic fabrication facilities. What’s important to note is that those are only approximately 40% of the value chain," he noted.

"Let’s break it down. If you think about what you have to do to build a semiconductor, there is a lot involved. First and foremost, you have to design it and have some IP around designing it. You have to fabricate it, then also there is a raw material supplier, which is the doping and the formation of the silicon crystal that gets sliced up.

"It then gets sent to a semiconductor company to provide the wafers which have been turned into chips and then, on top of that, there is the manufacturing equipment. That entire fabrication process takes roughly 40% of the value chain.

"On top of that, you’ve got the packaging, which is taking the raw semiconductor chip and putting it into a plastic shell with balls or pads on the bottom, which can be sold onto a motherboard or some other sort of printed circuit board.

"A large chunk of value in this value chain goes to the design, and the engineering, software and firmware that goes into making the chip and that would probably be 50% to 60% of it if you include the sales and distribution of those products as well. That chip goes on to enable 10 times the value creation of electronic devices."

More in this category: « Parliamentary panel rebuffs CommBank over bid to regulate NFC Commonwealth Bank takes minority stake in H2O AI »
Share News tips for the iTWire Journalists? Your tip will be anonymous