US hits Assange with 17 charges under Espionage Act Featured 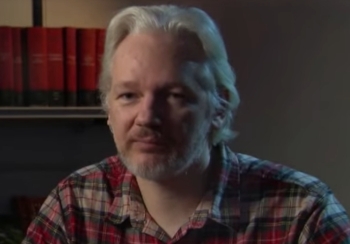 WikiLeaks publisher and founder Julian Assange has been hit with 17 new charges under the US Espionage Act over his alleged role in leaking documents from former US intelligence analyst Chelsea Manning in 2010, according to the US Department of Justice.

A special shoutout to all those pundits & politicians who were assuring us Assange's case isn't an attack on press freedom because it was about trying to break a password.

"The superseding indictment alleges that Assange was complicit with Chelsea Manning, a former intelligence analyst in the US Army, in unlawfully obtaining and disclosing classified documents related to the national defence," the Justice Department said in a statement.

Assange was arrested by British police on 11 April after taking refuge in the Ecuador embassy in London after the South American nation offered him asylum. This was withdrawn in April and Assange appeared in court shortly thereafter.

He was later sentenced to 50 weeks in jail for skipping bail at the time he fled into the Ecuador embassy; at that time, he was wanted in Sweden for questioning on rape allegations made against him by two women. Sweden has subsequently reopened the rape probe and sought his extradition; it had dropped the charge and cancelled the warrant in May 2017.

New Assange charges set a major precedent that could be used to prosecute journalists for the work we do every day. https://t.co/xcvCLxV1Ic

Manning, formerly known as Bradley Manning before a change of sex, has been jailed twice recently for refusing to testify before a grand jury that is investigating WikiLeaks. She was sentenced to 35 years in prison originally but had her sentence commuted by former US president Barack Obama in 2017.

The issue isn't whether Assange is a "journalist"; this will be a major test case because the text of the _Espionage Act_ doesn't distinguish between what Assange allegedly did and what mainstream outlets sometimes do, even if the underlying facts/motives are radically different.

The indictment claimed that Assange had published "classified documents that contained the unredacted names of human sources who provided information to US forces in Iraq and Afghanistan, and to US State Department diplomats around the world".

No matter your thoughts on Julian Assange, the latest indictments—under the outdated Espionage Act—are a disgrace. If you support the indictments out of hate for him, you're giving Trump a weapon to restrict the press. The charges should be dropped and the Espionage Act repealed.

Trevor Timms, executive director of the non-profit Freedom of the Press Foundation, said in a statement: "Put simply, these unprecedented charges against Julian Assange and WikiLeaks are the most significant and terrifying threat to the First Amendment in the 21st century.

"The Trump administration is moving to explicitly criminalise national security journalism, and if this prosecution proceeds, dozens of reporters at The New York Times, Washington Post and elsewhere would also be in danger.

The charges against Assange are equally dangerous for US journalists who uncover the secrets of other nations. If the US can prosecute a foreign publisher for violating our secrecy laws, there’s nothing preventing China, or Russia, from doing the same.

"The ability of the press to publish facts the government would prefer remain secret is both critical to an informed public and a fundamental right.

"This decision by the Justice Department is a massive and unprecedented escalation in [US President Donald] Trump’s war on journalism, and it’s no exaggeration to say the First Amendment itself is at risk. Anyone who cares about press freedom should immediately and wholeheartedly condemn these charges."

More in this category: « ACCC takes Kogan to court over alleged misleading ads auDA investigating company.com.au name, but does not say why »
Share News tips for the iTWire Journalists? Your tip will be anonymous