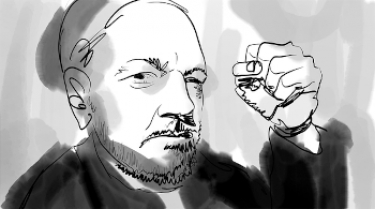 Image by Caitlin Johnstone from Pixabay

A hearing on an US appeal to strike down a court decision and allow the extradition of WikiLeaks founder Julian Assange will be held on 27 and 28 October at the High Court in London, according to a message from the Don't Extradite Assange campaign.

In a statement, the group said if the appeal court decided to uphold a British decision not to allow the extradition, then it would be difficult for the US to continue seeking to get him sent there for trial.

Assange was arrested by British police on 11 April 2019 and removed from the Ecuador embassy where he had taken refuge after being granted asylum.

As @WikiLeaks turns 15 years old, we are reminded that its founder, Julian Assange, has spent 11 of those 15 years in detention. Today he sits in a jail in London facing a 175 year sentence if extradited for publishing #WikiLeaks15 #FreeAssangeNOW pic.twitter.com/g0Q1P78RSn

His asylum was withdrawn by Ecuador shortly before he was arrested and he appeared in court shortly thereafter. The US made a formal request for his extradition on 6 June 2019.

The DEA campaign requested people to assemble on 23 October at the BBC Broadcasting House in London and march to the High Court.

Supporters of the Australian hacker were also asked to gather outside the High Court at 9am on 27 October.

In September, a Yahoo! News report claimed that the CIA had discussed plans in 2017 to either kill or abduct Assange.

The detailed story said the American spy outfit was angry that WikiLeaks had leaked some of its hacking tools that year, which the whistleblower organisation called Vault 7.

Assange is one of Australia's best known hackers, having gained access to a number of organisations in the 1980s and 1990s, including NASA and the Melbourne master terminal of Canadian telco Nortel.