Third of 416 robo-debt claims found to be wrong Featured 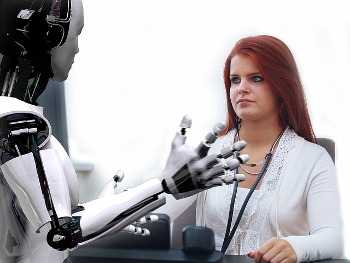 One-third of the appeals made by those who were slugged with debts by Centrelink, over what has come to be known as the Federal Government's robo-debt scheme, have been upheld by the Administrative Appeals Tribunal.

Statistics provided during Senate Estimates showed that since the program was launched by the government in mid-2016, 461 cases had been decided by the AAT.

Centrelink sent tens of thousands of letters to people before Christmas in 2016, telling them that their earnings were at variance with what they had declared to the Australian Taxation Office.

This led to the discovery of a large number of errors in the claims made by Centrelink, leading to an inquiry by a Senate panel being set up in February.

The report of the panel, issued in June 2017, called for immediate cessation of the robo-debt program until all the issues reported were fixed.

Siewert said the program had caused a great deal of stress for people who, in many cases, were innocent.

“This has caused immense stress to Australians who have accessed the social safety net and had to go back and prove a debt was not owed, often having to find paperwork from years ago to prove innocence," she said.

“For a third of debts to be set aside for those who had the courage to actually appeal should raise concerns about other debts. One in three is a significant amount to overturn.

“I, for one, have not forgotten that there are many Australians still receiving incorrect or false debts to their detriment, and urge those who receive debt notices to interrogate and challenge the debt.

“The government must abandon the automated debt recovery ‘robo-debt’ program and must reinstate human oversight when it comes to checking debts potentially owed to Centrelink."

A spokesperson from the Department of Human Services said: "As part of a data matching review, people are given ample opportunity to explain their circumstances prior to determining whether there is a debt.

"Importantly, the opportunity for the person to provide information and seek a reassessment remains open.

"Where a debt is reassessed, it does not necessarily mean that the original decision was incorrect, as that decision was based on information available at the time.

"The reviews set aside by the AAT make up less than 0.1% of reviews that have been completed with a debt. Appeals to the AAT (First Review) are merit review proceedings. The parties to such proceedings are able to provide the AAT with fresh evidence (that is, evidence not available at the time of the making of the original review decision). That fresh evidence may lead to the original decision being set aside or varied."

More in this category: « Microsoft set to announce acquisition of GitHub Microsoft buys GitHub for A$9.79b, deal to close by year-end »
Share News tips for the iTWire Journalists? Your tip will be anonymous